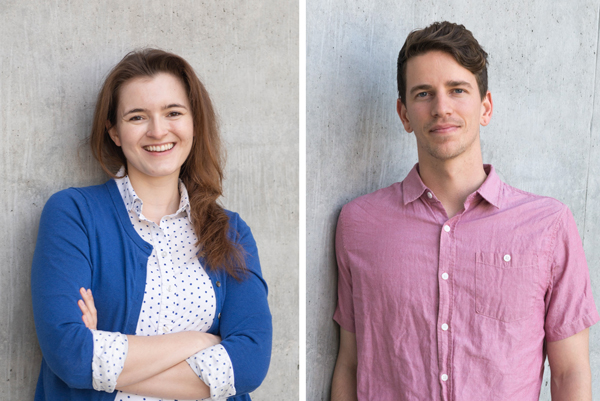 Groome is a third-year doctoral student in materials science and engineering and is advised by Regina Ragan. She graduated with a bachelor’s degree in physics from UCLA, then interned at the Lawrence Berkeley National Laboratory for a year before working at Intel as an emulation test engineer.  Her research at UCI involves using computer simulations to explore how single atoms of cheap metals can be stabilized to replace expensive platinum in hydrogen fuel cells and automotive catalytic converters.

“I’m thrilled to do cutting-edge research that will pave the way for more affordable, efficient and sustainable energy production and transportation,” said Groome. “This award will make it easier to communicate my research to an international audience and push the work even further. The dream is a post-fossil fuel society.”

“I am grateful for the introduction to the ARCS community, which will give me the networking opportunities that I need to continue to grow as a researcher,” said Wilson.

Both students are NSF Graduate Research fellows and believe strongly in the importance of science communication. They work as writers for the Loh Down on Science syndicated radio segments that communicate science to a wide audience with humor and insight.

The ARCS Foundation is a unique, nonprofit national volunteer organization. It is comprised of women dedicated to providing scholarships to academically outstanding U.S. citizens studying to complete their degrees in science, medicine and engineering, thereby contributing to the worldwide advancement of science and technology.