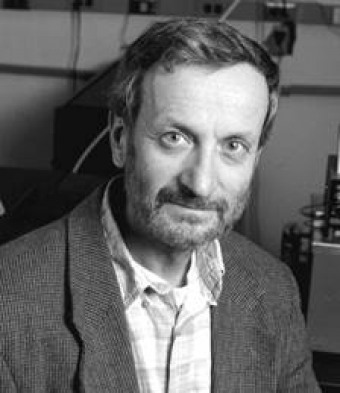 Their research, which appears Jan. 6 in Cell Reports, shows for the first time how the body’s intrinsic day-night cycles protect and nurture stem cell differentiation. Furthermore, this work offers novel insights into a mechanism whereby an out of synch circadian clock can contribute to accelerated skin aging and cancers.

Bogi Andersen, professor of biological chemistry and medicine, and Enrico Gratton, professor of biomedical engineering, focused their efforts on the epidermis, the outermost protective layer of the skin that is maintained and healed by long-lived stem cells.

The researchers used novel two-photon excitation and fluorescence lifetime imaging microscopy in Laboratory of Fluorescence Dynamics in UCI’s Department of Biomedical Engineering to make sensitive and quantitative measurements of the metabolic state of single cells within the native microenvironment of living tissue.

They discovered that the circadian clock regulates one form of intermediary metabolism in these stem cells, referred to as oxidative phosphorylation. This type of metabolism creates oxygen radicals that can damage DNA and other components of the cell. In fact, one theory of aging posits that aging is caused by the accumulative damage from metabolism-generated oxygen radicals in stem cells.

The Andersen-Gratton study also revealed that the circadian clock within stem cells shifts the timing of cell division such that the stages of the cell division cycle that are most sensitive to DNA damage are avoided during times of maximum oxidative phosphorylation.

Other studies in animals have linked aging to disruption of circadian rhythms, and Andersen said that accelerated aging could be caused by asynchrony in the metabolism and cell proliferation cycles in stem cells.

“Our studies were conducted in mice, but the greater implication of the work relates to the fact that circadian disruption is very common in modern society, and one consequence of such disruption could be abnormal function of stem cells and accelerated aging,” he said.

Andersen adds that it is possible that future studies could advance therapeutic insights from this research.

Chiara Stringari, Hong Wang, Mikhail Geyfman and Viera Crosignani with UCI; and Vivek Kumar and Joseph S. Takahashi with the University of Texas Southwestern Medical Center in Dallas contributed to the study, which received support from the National Institutes of Health.