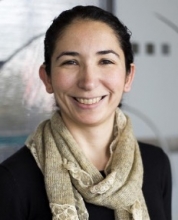 Abstract: Can we control a swarm of systems and give guarantees on their collective behavior? In this talk, I will discuss an instance of this problem: given a large, almost homogeneous collection of dynamical systems and a novel class of safety constraints, called counting constraints, how to synthesize a controller that guarantees the satisfaction of these constraints. Counting constraints imposes restrictions on the number of systems that are in a particular mode or in a given region of the state-space over time. I will present an approach for synthesizing correct-by-construction controllers to enforce such constraints. Our approach exploits the structure of the problem, the permutation invariance of dynamics due to homogeneity and the permutation invariance of counting constraints, to achieve massive scalability. I will discuss several potential applications of this approach and illustrate it on the problem of coordinating a large collection of thermostatically controlled loads while ensuring a bound on the number of loads that are extracting power from the electricity grid at any given time.

Bio: Necmiye Ozay received her B.S. from Bogazici University, Istanbul, in 2004, her M.S. from the Pennsylvania State University in 2006 and her Ph.D. from Northeastern University in 2010, all in electrical engineering. She was a postdoctoral scholar at California Institute of Technology between 2010 and 2013. She joined the University of Michigan in 2013, where she is currently an associate professor of electrical engineering and computer science. Ozay’s research interests include hybrid dynamical systems, control, optimization and formal methods with applications in cyber-physical systems, system identification, verification and validation, autonomy, and dynamic data analysis. Her papers received several awards including a Nonlinear Analysis: Hybrid Systems Prize Paper Award for years 2014-2016. She has received the 1938E Award and a Henry Russel Award from the University of Michigan.