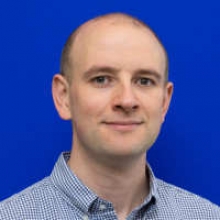 Abstract: Synthetic DNA constructs can be used to reprogram cells to sense, compute and record information, and to produce chemicals, medicines and materials. However, the functions of these constructs can impact their host cell, and conversely the host cell background can also impact the efficiency of the construct function. To uncover how construct function impacts on a host, we used multiplex RNAseq with an in vivo assay to reveal the major transcriptional changes that occur in response to synthetic construct expression. Our systems analysis led us to identify native biosensors for unnatural expression in E. coli strains and exploit these to build a CRISPR/dCas9-based feedback regulation system that automatically adjusts expression to ensure robust growth in many varied conditions. In parallel, to investigate how a host background impacts a construct, we assessed the performance of metabolic pathway-encoding constructs hosted in synthetic yeast strains that have chromosomes that can be rearranged on demand. In vivo deletion and inversion of chromosomal regions quickly enabled new synthetic yeast host cells to be generated with greatly enhanced xylose utilisation, and improved violacein and penicillin biosynthesis.

Bio: Tom Ellis is an associate professor in the Department of Bioengineering at Imperial College London researching synthetic biology and synthetic genomes. Before joining Imperial in 2010, he was a Ph.D. at Cambridge and postdoc at Boston University, in one of the field’s founding groups with Prof James J. Collins. Ellis's research focuses on developing the foundational tools for accelerating and automating design-led synthetic biology, focusing on research projects in yeast (S. cerevisiae) and E. coli model organisms, as well as industrially relevant interesting microbes such as Acetobacter, Geobacillus and Bacillus. He is leader of the UK-funded project to build a synthetic yeast chromosome for the international synthetic yeast project (Sc2.0) and is involved in the global push to develop genome-writing technologies for human cell lines.