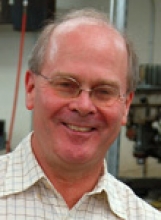 Abstract: Approximately 5 million people worldwide suffer from a serious spinal cord injury (SCI). Not only do the injured lose the ability to stand and walk (and sometimes move their arms), they suffer from additional injury-induced complications including loss of bladder and bowel control, decreased cardiovascular and pulmonary health, inability to regulate body temperature, and loss of muscle strength and bone density. The totality of the injury and its secondary dysfunctions makes daily activities of living a challenge. Because the median age of SCI in the U.S. is 32 years, SCI individuals amass an additional $1.4-$4.2 million in health care costs over their lifetimes.

A team of researchers at Caltech, UCLA and Univ. of Louisville have been developing new technologies and new therapies for motor complete SCI patients — those who have lost motor control below the level of their injury. The centerpiece of this approach is a multielectrode array that is implanted over the lumbosacral spinal cord either in in the epidural space between the dura and the interior of the vertebral canal, or on the skin over this area. When this technology is coupled with locomotor training (which can be provided by assistive robotic devices), and drug therapy when possible, our preliminary human studies have shown that SCI patients cannot only stand independently and make some voluntary movements (after being in a wheel chair for more than three years), but more importantly, can expect to make significant gains in lost autonomic function. After first reviewing our clinical successes, current research on new machine algorithms for automated tuning of the stimuli parameters, and the interface of this technology with robotic devices will be reviewed.

Bio: Burdick received his undergraduate degrees in mechanical engineering and chemistry from Duke University, and M.S. and Ph.D. degrees in mechanical engineering from Stanford University. He has been with the Department of Mechanical Engineering at the California Institute of Technology since May 1988, where he has been the recipient of the NSF Presidential Young Investigator award, the Office of Naval Research Young Investigator award, and the Feynman fellowship. He has been a finalist for the best paper award for the IEEE International Conference on Robotics and Automation in 1993, 1999, 2000, 2005 and 2016. He was appointed an IEEE Robotics Society Distinguished Lecturer in 2003, and received the Popular Mechanics Breakthrough award in 2011. Burdick’s current research interests include rehabilitation of spinal cord injuries, nonlinear control of mechanical systems, sensor-based robot motion planning, and multi-fingered robotic hand manipulation.