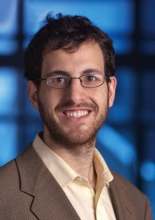 Abstract: The transformative growth in microelectronics in the latter half of the 20th century was fueled fundamentally by the ability to simultaneously miniaturize and integrate complex circuits onto monolithic chips. The impact of this growth has been profound – computing is pervasive and portable, communication is instant and global, and information is ubiquitously gathered and shared. My research aims to harness these same electrical engineering approaches, which have enabled the microelectronic revolution, to solve high-impact problems in medical diagnostics. To accomplish this goal, my lab develops hybrid microchips, where microfluidics are built directly on top of semiconductor chips.

In this talk I will focus mainly on my most recent work at Penn on 'digital asays.' Digital assays — in which ultra-sensitive molecular measurements are made by performing millions of parallel experiments in picoliter droplets — have generated enormous enthusiasm due to their single molecule resolution and robustness to reaction conditions. These assays have incredible untapped potential for disease diagnostics, environmental surveillance and biosafety monitoring, but are currently confined to laboratory settings due to the instrumentation necessary to generate, control and measure tens of millions of independent droplets. To overcome this challenge, we are developing a hybrid microelectronic/microfluidic chip to unlock droplet-based assays for mobile use. Our microDroplet Fluorescence Detector (μDFD) takes inspiration from cellular networks, in which phones are identified by their carrier frequency and not their particular location. In the same way, but on a much smaller scale, we screen millions of droplets per second using only a conventional smartphone camera. In collaboration with physicians at the Abramson Cancer Center, we are demonstrating the power of this approach by developing a multiplexed exosome-based point-of-care diagnostic for the early detection of pancreatic cancer.