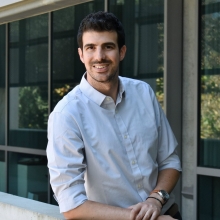 Abstract: Robot motion planning and control in real-world settings are hindered, in part, by uncertainty. Dealing with uncertainty is a difficult problem because it invalidates the performance guarantees often available in deterministic cases, while its precise effect on motion cannot be predicted. Further, (autonomous) robot performance often emerges through the interaction of multiple components, mainly including action, perception and the environment, each entailing different aspects of uncertainty. This talk will focus on novel tools to quantify uncertainty in action and robot-environment interactions, and perform efficient planning and control under various forms of uncertainty. To this end, we show how deterministic models can be extended to stochastic ones to capture variability in robot motion with provable degrees of fidelity. We further address the case when prior models are not available, by showing how to develop simple data-driven models that discover fundamental aspects of robot behavior and which, when composed, can explain more complex and uncertain motion patterns. The derived tools lay the basis for a general framework to quantify the effect of uncertainty on robot motion and to establish trade-offs between performance and risk in planning and control of mobile robots performing navigation tasks. This framework can help create consistent links between high-level objectives and low-level implementation. Such links would allow for robot navigation in real-world settings with performance certificates, a need that becomes pressing as robotics in consumer applications are rapidly gaining momentum. Dealing with uncertainty is important not only in robotics but also in more general cyberphysical and biological systems; elements of this work may find applications in these domains as well. The main ideas of the framework are fixed using small legged and aerial robots. Reduction in scale magnifies the effect of uncertainty, and thus small robots provide a suitable testbed for the proposed framework. Indeed, uncertainty enters naturally (e.g., inherent uncertain leg-ground interactions, or uncertain aerodynamic effects when flying close to obstacles), while its effect on robot motion is clearly visible. Notably, the derived tools enable real-time small-legged robot navigation and control, and can push the limits on what palm-sized crawling robots can achieve in applications such as building/pipe inspection, search-and-rescue, and unobtrusive wildlife monitoring.

Bio: Konstantinos Karydis received his engineering diploma (honors) in mechanical engineering from the National Technical University of Athens, Greece, in 2010, and his doctorate in mechanical engineering from the University of Delaware in 2015. He subsequently joined the GRASP Lab in the Department of Mechanical Engineering and Applied Mechanics at University of Pennsylvania as a postdoctoral researcher in robotics, where he worked with Vijay Kumar, the Nemirovsky Family Dean of Penn Engineering. In May 2017 he joined the Department of Electrical and Computer Engineering at UC Riverside. He is the recipient of the 2010 Helwig Fellowship offered by the Department of Mechanical Engineering at University of Delaware, and the 2008 Greek State Scholarships Foundation and Thomaideion Awards. Karydis’s research interests lie in the intersection of dynamical systems, robotics, control and machine learning with particular focus on uncertain and stochastic systems. His group conducts fundamental robotics research to enable robust, adaptive and resilient planning and control of teams of legged and aerial robots in variable and uncertain environments.