Since joining UC Irvine in 1987, Dunn-Rankin has made tremendous contributions to engineering education and research. He is a leader in his field, and has more than 300 technical publications. His current research interests include the study of combustion in highly accelerating flows, fundamentals of coal combustion, and electrical aspects of flames. In 1989, he received a National Science Foundation Presidential Young Investigator Award, the Society of Automotive Engineers Ralph R. Teetor Engineering Educator Award in 1991, and a Fulbright Scholar Fellowship in 1997.   He is currently the UC Irvine regional director for the California Alliance for Minority Participation (CAMP), a program designed to increase minority representation in science and technology, as well as the co-director of the Center for Engineering Science in Design.  Dunn-Rankin has also supervised 12 Ph.D. and 34 M.S. graduates.

Dunn-Rankin is following Professor Roger Rangel, Ph.D., UC Irvine director of the California-Catalonia Engineering Program and the Balsells Fellowship Program, who is stepping down from the chair position after four years of dedicated service.  He will continue his research and full-time teaching responsibilities in fluid mechanics and transport processes of dispersed multiphase flows involving particles and sprays, with applications in materials sciences and combustion. 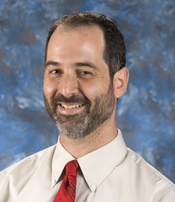 Green, a leader in The Henry Samueli School of Engineering who served as the EECS associate chair from 2003 to 2005, focuses his research in analog/mixed-signal integrated circuit design, particularly for applications in high-speed broadband communications.  His work in this field has had significant impact in the efficacy of the infrastructure of optical communication networks, including the development of the first complementary metal–oxide–semiconductor (CMOS) integrated circuits used in optical communications that operate at 10 Gigabits per second.

He has been honored with numerous awards in the academic and engineering communities, including the Guillemin-Cauer Award for the best paper appearing in the Institute of Electrical and Electronics Engineers (IEEE) Transactions on Circuits and Systems in 1993, the W.R.G. Baker Prize Paper Award for the most outstanding paper appearing in any IEEE publication in 1993, and the 2007 Fariborz Maseeh Best Faculty Teaching Award, as well as the 2007 “Celebration of Teaching” award for teaching excellence in the Samueli School, presented by the Division of Undergraduate Education, The Council on Student Experience and The Teaching, Learning and Technology Center.

He is following Professor Jean-Luc Gaudiot, Ph.D., who has served as the EECS chair since 2003, and is returning to his full-time teaching and research responsibilities, including multithreaded and multicore architectures, parallel programming, fault-tolerant multiprocessors, and the implementation of reconfigurable architectures. 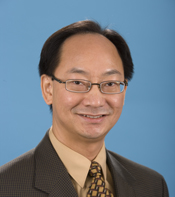 Tang’s research focuses on studying biological systems at the micro- and nano-scales with mechanically-derived modalities.  His lab develops devices and platforms that enable both in-vitro and in-vivo studies of the mechanical aspects in physiological activities involving cells, tissues, and organs.

He will continue to serve as the associate dean for research development, and will play an integral leadership role in BME during this transition.  A search for the new BME department chair began this summer and will continue through the fall.

Tang follows Professor Steven C. George, Ph.D., who has been named the founding director of The Edwards Lifesciences Center for Advanced Cardiovascular Technology, and will be spearheading the development of a strategic plan to lead the Center's initiatives in cardiovascular research and training. 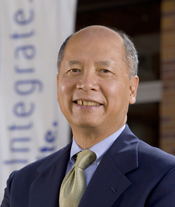 Yee is an internationally-renowned materials science expert who focuses his research on the physical and mechanical properties of polymers and soft materials, particularly in how they impact nanotechnology. He has made numerous contributions to UC Irvine, including his role as the California Institute for Telecommunications and Information Technology director from Jan. 2004 – Mar. 2007, where he promoted multidisciplinary collaboration across campus, doubled the number of participating faculty in the institute, increased student and industry activities, enhanced visibility on campus and in the community, and supported the development of new facilities and technologies during his tenure. Prior to joining UC Irvine, he chaired the Materials Science and Engineering Department at the University of Michigan, and directed the Institute of Materials Research and Engineering in Singapore.

Yee received B.S. and Ph.D. degrees from UC Berkeley in chemistry in 1967 and 1971, respectively.

Yee follows Professor Stanley Grant, Ph.D. who served as department chair since 2002 and is a well-known environmental engineer who conducts research in the sources, fate, and transport of pathogens and indicator organisms in drinking water, urban runoff, and the coastal ocean.