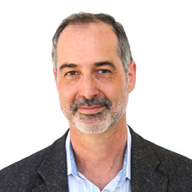 Green has won numerous awards, including the Guillemin-Cauer award for the best paper appearing in IEEE Transactions on Circuits and Systems in 1993, and the W.R.G. Baker prize for the most outstanding paper appearing in any IEEE publication in 1993.  Green received a bachelor’s degree in electrical engineering from UC Berkeley, and a master’s and Ph.D. degree from UCLA in electrical engineering.