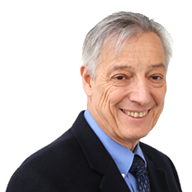 Gaudiot's research interests are in the area of computer architecture, parallel and distributed processing, and reconfigurable architectures.

His research in computer architecture focuses on low-power design for modern microprocessors, which will lead to better architecture design for portable and wireless applications. He is also examining problems related to fault-tolerant operations in new computer systems. Indeed, new technologies of integration allow for ever-reduced device sizes, which will render the electronic more susceptible to Single Event Upsets (SEU) such as cosmic rays. Finally, he is also contributing to the research on modern architectural techniques such as simultaneous multi-threading .

In the domain of parallel and distributed processing, he has been concerned with the programmability of parallel machines, be they at the level of the lab (multiprocessor, clusters), of the planet (grid computing), or even as low as the chip (chip multiprocessor).