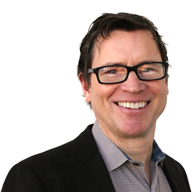 Grant is a professor in the Departments of Civil and Environmental Engineering (primary) and Chemical Engineering and Materials Science (courtesy) at the University of California, Irvine. He is also a visiting chair of hydrology and water resources in the Department of Infrastructure Engineering at the University of Melbourne (Australia). Grant received his B.S. with distinction in geology from Stanford University in 1985; and his M.S. and Ph.D. in environmental engineering science (with a minor in applied biology) in 1989 and 1992, respectively, from the California Institute of Technology.

His professional interests include human and ecosystem water security, coastal and drinking water quality, and environmental fate and transport modeling. In 2013, Grant and his team were awarded a five-year $4.8M grant from the National Science Foundation to study the technologies and policies put in place by Australia during the Millennium Drought, and their potential adoption in the Southwest U.S. to mitigate future water supply shortages.

In 2015, Professor Grant and his team received a $600,000 grant from the National Science Foundation for a Research Experience for Teachers (RET) site titled, “Research Opportunities for Community College Teachers (ROCCT) to Fight Drought with Innovation.”