Foufoula-Georgiou Elected to American Academy of Arts and Sciences 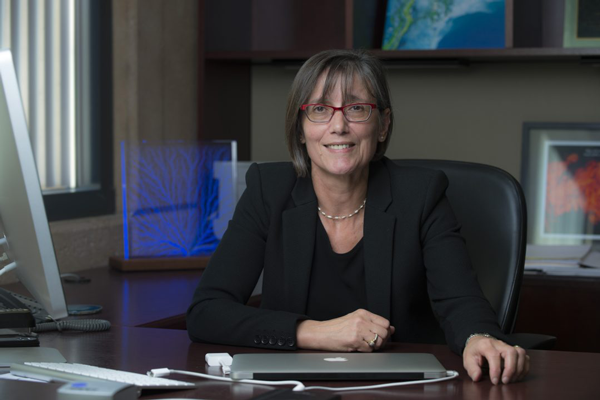 April 28, 2022 – UC Irvine’s Efi Foufoula-Georgiou, Distinguished Professor of civil and environmental engineering, has been elected to the American Academy of Arts and Sciences, one of the nation’s oldest and most prestigious honorary societies. She is one of four UCI faculty to be selected this year.

The AAAS honors excellence and leaders who examine new ideas, address issues of importance to the nation and the world, and advance the public good. A total of 261 artists, scholars, scientists and leaders in the public, nonprofit and private sectors were elected to the academy today, including honorary members from 16 countries.

Foufoula-Georgiou’s research is focused on hydrology and geomorphology, with special interest in scaling theories, multiscale dynamics and space-time modeling of precipitation and landforms. She has been a pioneer in developing mathematical theory and applying innovative data analysis methods and modeling to understanding the interactions of earth, water and life in shaping the land we live on, including how human actions amplify natural vulnerabilities in intensively managed landscapes and coastal river deltas. She has served as director of the National Science Foundation's National Center for Earth-surface Dynamics and a presidential appointee to the Nuclear Waste Technical Review Board. Her honors include the John Dalton Medal of the European Geophysical Society, the Hydrological Sciences Medal of the American Meteorological Society, fellow of the American Geophysical Union and American Meteorological Society, and elected member of the National Academy of Engineering. She most recently received the 2021 Lifetime Achievement Award from the Community Surface Dynamics Modeling System, an international scientific organization.

“This is an amazing testament to the vision and research impact that Professor Foufoula-Georgiou is having, and I am proud to count such a distinguished scholar as a colleague here in the UCI Samueli School of Engineering,” said Magnus Egerstedt, Stacey Nicholas Dean of Engineering. “This honor is extremely well deserved, and I look forward to seeing where else Professor Foufoula-Georgiou’s remarkable research trajectory will take her.”

“I am most honored and humbled with this award, and I dedicate it to all my students, postdocs and collaborators over the years with whom we have performed exciting and impactful research,” said Foufoula-Georgiou. “I am also indebted to my colleagues around the world who recognize our work and nominated me for this distinction. It was quite a surprise to learn about it today.”

The AAAS was founded in 1780 by John Adams, John Hancock and others who believed the new republic should honor exceptionally accomplished individuals and engage them in advancing the public good. It is one of the nation’s oldest learned societies and independent policy research centers, convening elected members from the academic, business and government sectors to respond to challenges facing the nation and the world.