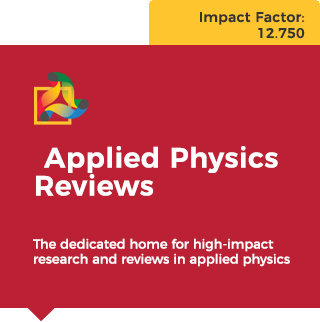 May 6, 2020 - The capabilities of electronic circuits vary based on the circuits’ frequency – how many light waves can move past a certain point in a given time. Twenty years ago, the maximum frequency of electronic circuits was about 100 gigahertz. Today, thanks to advances in semiconductor technologies and their scaling, integrated electronic circuits have the potential to achieve much higher frequencies – in the millimeter wave and terahertz frequency ranges. These extremely high frequencies enable a slew of new applications in high speed computation, communications and more.

Over the last decade, there has been increased interest in designing systems that operate in the terahertz frequency range (300-3000 GHz), but complexity of design and measurement, as well as technology limitations, have slowed successful implementation. “The terahertz region is somewhat new to the electronic circuit, since technology advances, essentially faster transistors, and development of design methodologies have allowed operation in this region only recently,” said Hamidreza Aghasi, Samueli School electrical engineering and computer science assistant professor.

Aghasi researches processes and techniques that can help overcome these challenges and generate higher frequency signals. In a paper published recently in Applied Physics Reviews, he details specific phenomena in electronics – including nonlinear processes and wave propagation techniques – that can help push previous limits of operation into new territory, enabling power-efficient, low-cost and portable circuits for emerging applications.

His paper, which was selected as the featured work in the journal’s April 20 issue, details the vast possibilities enabled by employing both linear and nonlinear wave propagation, as well as linear and nonlinear electronic devices to bridge what is known as the “terahertz gap” between electronics and optics.

Aghasi, director of UCI’s High-speed Integrated Electronics Laboratory, explains that transistors, the most fundamental building blocks of circuits, are by nature nonlinear. This means their output variations are not proportionally related to their input variations. Traditionally, however, transistors have been treated as linear components to simplify the design of complex circuits and systems. To enable the generation of terahertz signals using transistors, the use of nonlinear processes is crucial. “In this article, we introduce methodologies and design considerations to generate powerful terahertz signals for a wide range of applications,” Aghasi said.

The operation of electronic circuits at the terahertz range is advantageous because the terahertz range has a smaller wavelength compared to lower frequencies, which allows for better resolution in imaging applications. In addition, communication circuits that operate in this frequency range have a larger bandwidth and can achieve higher speed. And finally, the terahertz frequency range is home to many molecular finger-print qualities that make it a good candidate for performing molecular spectroscopy.

“Terahertz technology has many applications in high-resolution biomedical and space exploratory imaging, communications, sensing, short-range radars, molecular spectroscopy, high-precision atomic clocks and more,” Aghasi said. “This research introduces the fundamental ideas that can be adopted in order to realize each of these applications based on electronic circuits.”

He hopes his paper, which focuses on recent developments of terahertz technology based on electronic circuits, can serve as a roadmap for others seeking to explore this relatively new territory. “This paper talks about some future directions on the development of terahertz circuits,” he said, “which can guide scholars through a faster implementation of their own technologies.”