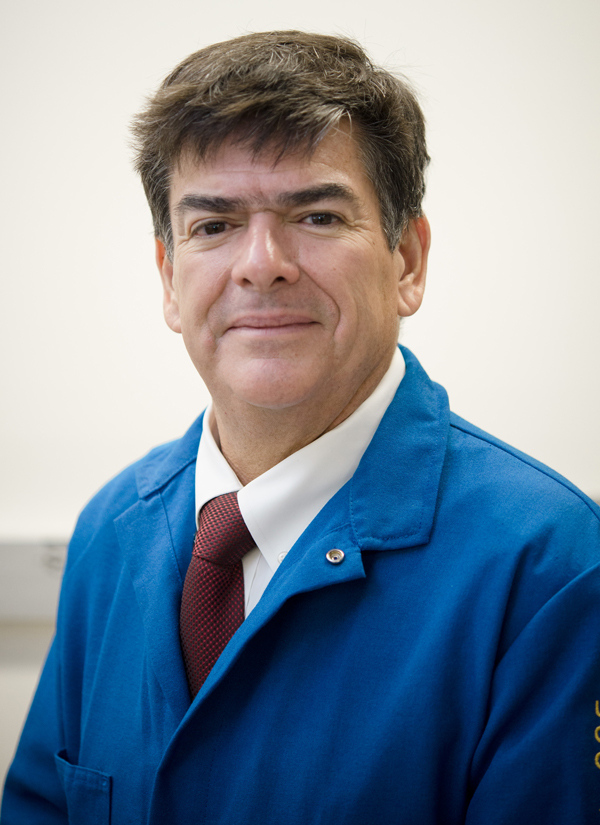 Nov. 14, 2019 - UC Irvine Provost and Executive Vice Chancellor Enrique Lavernia is the recipient of the 2020 Acta Materialia Gold Medal, an international award that recognizes demonstrated leadership and outstanding contributions to the field of materials science and engineering. Lavernia will be awarded the medal and present an overview of his work at the Minerals, Metals & Materials Society annual meeting in February 2020 in San Diego, California.

In addition to leading the university’s teaching and research enterprise as UCI’s chief academic and operating officer, Lavernia is a Distinguished Professor of materials science and engineering. His research includes the synthesis and behavior of nanostructured and multiscale materials with particular emphasis on processing fundamentals and physical behavior. He has published more than 600 journal and 200 conference publications and been awarded 11 patents on topics ranging from nanomaterials to aluminum alloys.

“I am humbled to receive this honor and recognition of my research,” said Lavernia. “My fascination with metals, specifically metal powders, began early in my career, and I remain intrigued by the constantly evolving research questions in the field. I have been extremely fortunate to have the support and dedication of my family and to work with inspiring and brilliant collaborators, dedicated students and post-docs and numerous professors over the years.

A member of the National Academy of Engineering, Lavernia has earned a number of accolades. In 2019, he was awarded an honorary doctorate of Science in Technology from Aalto University in Helsinki, Finland. In 2018, he received the Distinguished Engineering Educator Award by the National Engineers’ Council, became a member of the National Academy of Inventors in 2017 and received the Alexander von Humboldt Foundation Research Award as well as the Leadership Award from the TMS Society in 2016. In 2013, he received the Edward DeMille Campbell Memorial Lectureship and the ASM International Gold Medal Award.

He is an inductee of the Hispanic Hall of Fame by the HEENAC Great Minds in STEM and a past recipient of the Hispanic Engineer National Achievement Award and the Society for the Advancement of Chicanos and Native Americans in Science Distinguished Scientist Award.

Lavernia earned his doctorate in materials engineering at Massachusetts Institute of Technology. He is a fellow of the Minerals, Metals and Materials Society, the Materials Research Society, the American Society of Mechanical Engineers, the American Association for the Advancement of Science, and ASM International.

Prior to becoming provost at UCI in 2015, Lavernia served as engineering dean and a Distinguished Professor of Chemical Engineering and Materials Science at UC Davis. He also served as provost and executive vice chancellor for two years as UC Davis transitioned to a new chancellor.

The Acta Materialia Gold Medal Award consists of a gold medal, an inscribed certificate and a cash prize.