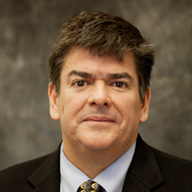 Enrique J. Lavernia is a Distinguished Professor of Materials Science and Engineering. In 2016, he received the Alexander von Humboldt Foundation Research Award as well as the Leadership Award from the TMS Society. In 2015 he was inducted into the Hispanic Hall of Fame by the HEENAC Great Minds in STEM. In 2014 he was awarded the TMS Fellows Award Class of 2014 by the Minerals, Metals and Materials Society. Elected to the National Academy of Engineering in 2013, Lavernia is also a fellow of the Minerals, Metals and Materials Society, the Materials Research Society, the American Society of Mechanical Engineers, the American Association for the Advancement of Science, and ASM International. He is recipient of the 2013 Edward DeMille Campbell Memorial Lectureship and the 2013 ASM International Gold Medal Award. Lavernia has published more than 500 journal and 200 conference publications and been awarded 12 patents (2 pending) His research interests include the synthesis and behavior of nanostructured and multi-scale materials with particular emphasis on processing fundamentals and physical behavior.