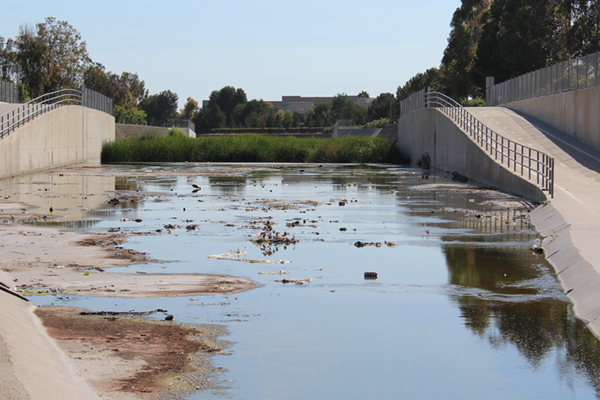 Dec. 12, 2016 - Drought-ravaged California misses out on billions of gallons of freshwater each year, as rain washes into storm drains and out to sea. University of California researchers say it’s time for that to change. Led by UCI civil engineer Stanley Grant, they hope to start a revolution in how urban stormwater is collected and managed.

Faculty from the Irvine, Los Angeles, Riverside, Santa Barbara and San Diego campuses will use a $1.9 million grant from the UC’s Multicampus Research Programs & Initiatives to transform into living laboratories to show how urban stormwater can safely augment water supplies and minimize flood risk. Through coordinated research and modeling, the five Southern California campuses will develop the science, engineering and policy innovations needed to usher in a new era.

“My hope is that by the end of our project, we will have set the southern UC campuses on a path toward becoming ‘stormwater-neutral,’ by which I mean all rain that falls on the campuses will be captured and used locally,” Grant said. “It’s our chance to help the UC maintain its position as a global leader in environmental sustainability research and practice.”