MSE 298 Seminar (Zoom): Adding Another Dimension to the Design of High-Strength, Tolerant Nanolaminates 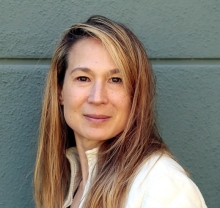 Abstract: Even after their introduction some decades ago, metallic nanostructured, multi-phase composites have continued to draw worldwide interest due to their exceptionally high strength and hardness and outstanding tolerance to extreme conditions, such as elevated temperatures, irradiation and high-rate impact. The combination makes them an exciting class of materials for meeting the demands of future applications, such as nuclear power reactors, propulsion systems and microelectromechanical devices. At present, however, they are not suitable for longtime service due to insufficient toughness and a greater tendency to develop shear localizations than their more coarsely structured counterparts. A unique and important feature of these materials is the physical dominance of biphase interfaces, the atomically thick boundary between the dissimilar phases in the composite. The deformation response of the biphase interface and interactions with moving dislocations can have a profound effect on overall material behavior, suggesting the appealing potential to control its localization tendencies via design of the interface itself. In this talk, we will focus on the behavior of nanolayered nanocomposites made with extraordinarily “thick” interfaces under mechanical deformation. We will discuss efforts to characterize and design the morphology, size and chemistry of the interface, especially in its third dimension (normal to the interface plane). Results from a model developed to simulate the dynamic interactions of individual dislocations and these 3D interfaces under applied stress will be presented. The talk will share our findings to date, which indicate that both the macroscopic and microscopic responses are sensitive to interface thickness and through-thickness chemical gradients. We will conclude with a discussion on the intriguing possibility to design 3D thick interfaces to attenuate shear concentrations and postpone instabilities without sacrificing strength.

Bio: Irene J. Beyerlein is the Robert and Victoria Mehrabian Interdisciplinary Professor at UC Santa Barbara with a joint appointment in the mechanical engineering and materials departments. After receiving her Ph.D. degree in theoretical and applied mechanics at Cornell University in 1997, she began a postdoctoral appointment as a J.R. Oppenheimer Fellow at Los Alamos National Laboratory, where she remained on the scientific staff in Theoretical Division until 2016. She has published one book, nine book chapters, and more than 430 peer-reviewed articles in the field of structural composites, materials processing, multiscale modeling of microstructure/property relationships, deformation mechanisms and polycrystalline plasticity. She is an editor for Acta Materialia and Scripta Materialia, and an associate editor for Modelling and Simulation in Materials Science and Engineering. In recent years, she has been awarded the Los Alamos National Laboratory Fellow’s Prize for Research (2012), the International Plasticity Young Researcher Award (2013), the TMS Distinguished Scientist/Engineering Award (2018), the Brimacombe Metal (2019) and MRS Fellow (2021).