CEE Seminar: Effects of Non-antibiotic Micropollutants on the Development and Propagation of Antibiotic Resistance in E. coli Populations 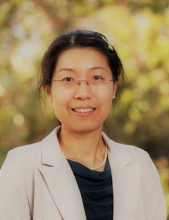 Bio: Yujie Men is an assistant professor at UC Riverside. She earned her Ph.D. degree in civil and environmental engineering at UC Berkeley, and B.S. and M.S. degrees of environmental engineering at Tsinghua University. Her expertise lies in environmental microbiology, microbial ecology and analytical chemistry. Her research interests focus on the interactions between microbes and the environment impacted by contaminants of emerging concerns (CECs), for example, biotransformation of CECs, particularly the per- and polyfluoroalkyl substances, as well as the impact of CECs on the functionalities of environmental microbes, including the development and transmission of antibiotic resistance.