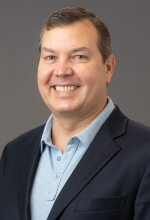 Abstract: The birth of biotechnology marked a defining moment in American science that launched a multi-billion-dollar industry built on the concept that enzymes found in nature could be used to improve human health. This relatively simple idea revolutionized medicine by providing the tools need to synthesize, sequence and manipulate DNA with exquisite precision. The panoply of applications that have emerged because of recombinant DNA technology — the core scientific discovery that fuelled the revolution — represent the vanguard of drug discovery and personalized medicine. Now, some forty years later, we have begun asking the question: What discoveries could we make or what new technologies could we develop if we are no longer constrained to the natural genetic polymers of life? This talk will focus on the rise of artificial genetic systems, commonly referred to as XNAs, where X denotes a genetic polymer other than DNA and RNA. I will illustrate cases where natural enzymes have been redesigned by directed evolution to synthesize, propagate and evolve artificial genetic polymers with backbone structures that are distinct from those found in nature. I will then demonstrate how XNAs are beginning to drive new applications in synthetic biology, biotechnology and medicine.

Bio: John Chaput is a professor of pharmaceutical sciences in the Susan and Henry Samueli College of Health Sciences at UC Irvine. He holds courtesy appointments in the Departments of Chemistry, Molecular Biology and Biochemistry, and Chemical and Biomolecular Engineering. His laboratory focuses on constructing early stage drug discovery pipelines for next-generation oligonucleotide therapeutics. He has authored more than 100 articles in scientific journals and holds several patents that are licensed to companies. He has made appearances on the Science Channel, including a notable episode on "Through the Wormhole" with Morgan Freeman. In 2018, he was elected an AAAS Fellow for his distinguished contributions to the field of chemical biology. He is a recipient of the NIH EUREKA Award, Arizona Technology Enterprise Achievement Award, ASU Faculty Award for Excellence in Defining Edge Research and the Athalie R. Clarke Research Achievement Award. He is a member of the American Chemical Society, Sigma Xi Honor Society and an overseas fellow of the Royal Society of Medicine.