CBE Seminar (Zoom): New Frontiers in Zeolite Catalysis for Energy and the Environment 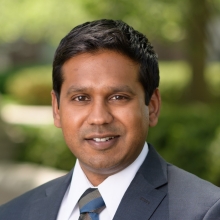 Abstract: Zeolites have canonically been considered single-site catalysts, with active sites that behave uniformly because of their functional isolation and well-defined structures. Single-site catalytic behavior is discernable using quantitative measurements of turnover rates (normalized per active site) that are independent of the spatial density or proximity of such sites. Our research has explored new frontiers in zeolite catalysis beyond single sites, paradoxically by studying chabazite (CHA) zeolites whose frameworks are comprised of a single symmetry-equivalent lattice site. We discuss synthetic methods to control the proximity of active sites in CHA, and show how site proximity influences catalysis given a mechanism for sites to communicate with one another. In the context of Brønsted acid catalysis on proton-form CHA, methanol conversion is practiced industrially to produce chemicals (alkenes, aromatics) and transportation fuels (gasoline), and turnover rate enhancements at paired sites reflect catalytic communication via hydrogen bonding interactions among co-adsorbates at sites positioned at sub-nanometer distances. In the context of redox catalysis on Cu-form CHA, the selective catalytic reduction (SCR) of nitrogen oxides (NOx) with ammonia is a commercial pollution abatement technology used in automotive emissions control. Homogeneous-like cationic Cu complexes form in situ upon solvation of metal sites by ammonia, and their ionic tethering to anionic framework Al centers confers localized mobility to facilitate communication between sites separated by greater than nanometer distances. This regulated mobility provides a mechanism for the dynamic and reversible formation of multinuclear complexes from mobilized single ions, a phenomenon that blurs conventional boundaries between heterogeneous and homogeneous catalysis.

Bio: Raj Gounder is the Larry and Virginia Faith Associate Professor of Chemical Engineering at Purdue University. He received his bachelor's in chemical engineering with a double major in chemistry from Wisconsin in 2006, his doctorate in chemical engineering from UC Berkeley in 2011, and a postdoctoral appointment at Caltech in 2013. He serves as programming chair for the AIChE Catalysis and Reaction Engineering Division and the Catalysis Club of Chicago.

His research group studies catalysis for applications in energy production and environmental protection, including automotive pollution abatement and converting carbon feedstocks, such as shale gas to fuels and chemicals. His research focuses on elucidating the kinetic and mechanistic details of catalytic reactions, synthesizing zeolites with tailored site and surface properties, and developing methods to characterize and titrate active sites in catalytic materials.