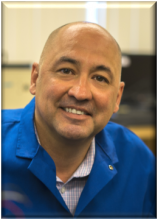 Abstract: The engineering community is anxiously waiting for the “killer” electronic application for 2D materials, where the intrinsic properties of two-dimensional (2D) materials would enable unique functionality. In the first part of my talk, I will describe a voltage-controlled oscillator (VCO) implemented with three different 2D materials, 1T-TaS2, graphene and h-BN, in a way that exploits the unique characteristics of each, yielding a miniaturized device suitable for a variety of practical applications. The room-temperature operation of VCO is based on entirely different physical principles than in any existing conventional device. It utilizes charge density wave (CDW) phase transitions in 2D 1T-TaSe2 triggered with a bias voltage [1]. In the second part of my talk, I will explain why the research of 2D materials should be extended to the one-dimensional (1D) van der Waals materials. Using transition metal trichalcogenides (TMT) such as TaSe3 and ZrTe3 we demonstrated prototype “atomic wire” interconnects with the current density of almost two orders-of-magnitude higher than that of copper used in conventional Si CMOS technology [2]. If time permits, I will briefly discuss the emerging applications of graphene in thermal interface materials [3]. [1] Nature Nano, 11, 845 (2016); IEEE EDL., 38, 1724 (2017); Nano Lett.,18, 3630 (2018). [2] Nanoscale, 8, 15774 (2016); Nano Lett., 17, 377 (2017); IEEE EDL, 39, 735 (2018). [3] Reports Progress Phys., 80, 36502 (2017).

Bio: Alexander A. Balandin received his B.S. (1989) and M.S. (1991) degrees summa cum laude in applied physics and mathematics from the Moscow Institute of Physics and Technology (MIPT), Russia. He received his Ph.D. (1997) degree in electrical engineering from the University of Notre Dame. From 1997-'99, he worked as a research engineer in the Department of Electrical Engineering, University of California, Los Angeles (UCLA). In 1999 he joined the University of California, Riverside (UCR), where he is presently Distinguished Professor of electrical and computer engineering, UC Presidential Chair Professor of materials science and engineering, director of the Nano-Device Laboratory (NDL), director of the Phonon Optimized Engineered Materials (POEM) Center, associate director of DOE Energy Frontier Research Center (EFRC) Spins and Heat in Nanoscale Electronic Systems (SHINES) and director of UCR’s Nanofabrication Facility. In 2007, as the founding chair, he established the UCR Materials Science and Engineering Program, which was ranked #28 in the world in this year’s Shanghai Global Ranking. Balandin is a recipient of The MRS Medal (2013) of the Materials Research Society for his discovery of the unique heat conduction properties of graphene and the IEEE Pioneer of Nanotechnology Award (2011) for his nano-phononics research. He is an elected fellow of eight professional societies: MRS, APS, IEEE, OSA, SPIE, IOP, IOM3 and AAAS. He is among the Thomson Reuters' Highly Cited Researchers and serves as deputy editor-in-chief for Applied Physics Letters. For more information, visit: http://balandingroup.ucr.edu/