MAE Seminar: From Laser Dermatology to a Window to the Brain 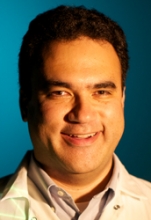 McDonnell Douglas Engineering Auditorium (MDEA)
Guillermo Aguilar
Professor & Chair
Department of Mechanical Engineering
University of California Riverside
Abstract: For the past 18 years, I have conducted studies aimed at understanding how lasers can better assist the diagnoses or therapies of a variety of medical conditions. Originally, as I started my independent research career at UCI, I was interested in understanding how sprays can be more effective at removing heat from skin during laser dermatologic therapies. Then, when I moved to UCR and started the Laboratory of Transport Phenomena for Biomedical Applications (LTPBA), I expanded my scope and looked at feasible ways to improve transdermal drug delivery by taking advantage of the thermal and mechanical property changes of tissue induced by the rapid cooling provided by cryogenic sprays. Another new set of studies also aimed at improving transdermal drug delivery encompassed using CW lasers focused on thin topical fluid layers to generate multiple thermocavitation vapor bubbles which, upon their collapse, produce intense shockwaves capable of perforating the skin surface in a controlled manner. Today, a large portion of my research group is focused on developing a novel transparent polycrystalline Yttria-Stablized-Zirconia (YSZ) cranial implant (“window”) that enables lifelong, non-invasive delivery and/or collection of laser light into and from shallow and deep brain tissue on demand, the so-called Window to the Brain (WttB).  Such an implant would allow for real-time and highly precise visualization and treatment of diverse brain pathologies, like those resulting from traumatic brain injury (TBI) or brain tumors, without the need for highly invasive craniotomies or trepanation procedures. At this seminar I will present a quick overview of my research with emphasis on the latest results pertaining to the WttB project.
Bio: Aguilar received his B.S. in mechanical and electrical engineering from the National Autonomous University of Mexico (UNAM) in 1993.  He earned his M.S. and Ph.D., also in mechanical engineering, at the University of California Santa Barbara in 1995 and 1999, respectively. In 1999, he received a Whitaker Postdoctoral Fellowship to join the Beckman Laser Institute and the Department of Chemical and Biochemical Engineering and Material Sciences (CBEMS) at the University of California Irvine. In 2001, he was appointed an assistant adjunct professor at UCI's former Center for Biomedical Engineering.
In 2003, Aguilar joined the Department of Mechanical Engineering at the University of California Riverside, where he was promoted to associate professor in 2007 and full professor in 2012; since 2013, he has served as department chair.  Aguilar has co-authored more than 80 journal publications, advised more than 12 postdocs and 50 students, including 25 graduate students (M.S. and Ph.D.) and several undergraduate students and interns. He has served as the graduate advisor and chair of the Graduate Committee since 2005, as chair of the search committee in 2011 and as a member of various other committees within the department, college and UCR campus.
Aguilar has received research funding from various sources, including NSF, ASLMS, AFOSR, DARPA, Sandia National Labs and NIH.  He is co-founder of Advanced Bio-Ceramics (ABC), LLC. His current research interests include laser-tissue interactions, biomedical optics and development of novel bioceramic materials.