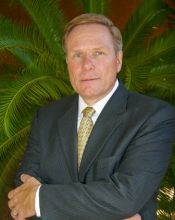 Abstract:  Turbulence typically involves enormous ranges of length and time scales that place a tremendous computational burden on direct simulations. Coarse-graining seeks to reduce this by solving the governing equations at intermediate and large scales, but creates subgrid-scale terms that must be modeled to achieve closure. Over 50 years of turbulence research on subgrid modeling has failed to provide a universal model that reliably represents nonlinear, nonlocal, nonequilibrium and other turbulence effects with fidelity approaching direct simulation for all flow conditions.

Here, we present a completely different autonomic approach that circumvents the need for any such traditional model-based closure. Rather than specifying a subgrid model, local subgrid terms can be represented to any desired accuracy via a fully general representation; e.g., by a Volterra series sum of all possible multipoint products of all resolved variables at all points and times. At each point and time, this introduces a large set of unknown coefficients that can be locally determined on-the-fly at a test filter scale via scale similarity. Projecting the local test-scale coefficients to the coarse-grain scale then gives the subgrid stresses from the resolved-scale variables.

In effect, we use the test filter to solve a local nonlinear, nonparametric system identification problem for the local subgrid quantity. A new set of coefficients is determined at each point and time during the simulation, creating a fully adaptive, model-free, self-optimizing dynamic closure that completely eliminates the need to specify any predefined subgrid model. Computational cost of this autonomic closure can be managed by limiting the order of the Volterra series and reducing the spatio-temporal extent of the stencil on which it is implemented.

We describe this autonomic closure and show results from a priori tests. Even in its simplest implementation via a time-local second-order representation using only co-located variables on a 3 x 3 x 3 stencil, results show dramatically accurate values for momentum and energy exchange between resolved and subgrid fields from this new autonomic approach to turbulence closure.