Georgiou's Quest for Limits of Energy Conversion in Thermodynamic Engines 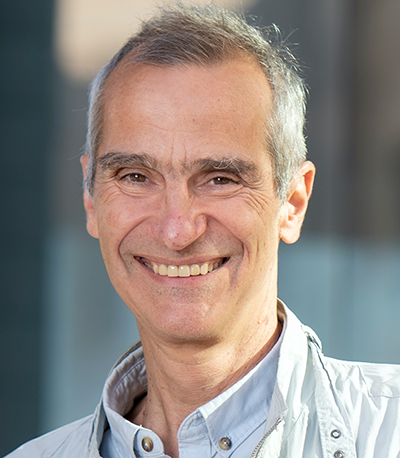 Aug. 4, 2022 – Converting energy from one form to another is what keeps the technological as well as the biological world ticking. And while the word “engine” elicits images of a reciprocating piston powered by steam or internal combustion, this is hardly the mechanism that nature has chosen to fuel the processes that make life possible. At the nanoscale, energy is converted from chemical and thermal to mechanical and electrical, and vice versa. Bacterial flagella are driven by engines made up of proteins and capable of spinning appendages at 1,000 revolutions per minute, enabling bacterial movement in their search for food.

Tryphon Georgiou, UCI Samueli School of Engineering Distinguished Professor of mechanical and aerospace engineering, and his team have developed a theory to understand such processes and to delineate limits in performance and efficiency that engines cannot exceed in converting energies from one form to another.

Georgiou’s team studies a large-scale model of processes that in principle can be replicated at the nanoscale, converting thermal energy into mechanical work; conversion of chemical energy to work is analogous. They have published their work titled “Thermodynamic Engine Powered by Anisotropic Fluctuations” in the June 16 issue of Physical Review Research, a new journal by the American Physical Society.

In their study, the researchers present how a mechanism known as a Brownian gyrator can be at the heart of a complete engine system. The Brownian gyrator conceptualizes the swirling movement of particles, charges, or ions, that is maintained by a gradient in temperature or chemical potential. Their study focuses on temperature gradients while cells capitalize on chemical gradients to power ATPase biological motors, bacterial flagella and more. 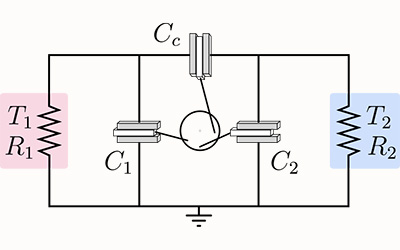 Energy conversion and quantifying efficiency goes back 200 years. But what is new and unique, Georgiou explained, is the ability to carry out detailed mathematical analysis on power harvested from anisotropy – a term that refers to a certain property of a medium varying with space or orientation, as is the case with temperature and chemical gradients.

Mathematical tools and theories continue to evolve, and Georgiou's team is working at the forefront of a new field, stochastic thermodynamics, which provides the mathematical basis for a quantitative theory for studying thermodynamic transitions taking place in finite time. "It is a feat that classical non-equilibrium thermodynamics fell short of completing for many decades," said Georgiou.

“Our study highlights the principle behind such engines as a proof of concept and presents mathematical analysis of one such model engine – a complete Brownian gyrating engine designed with electrical large-scale components,” explained Georgiou. “Our contribution may have long-range implications, such as in nano-engines and in biological engines, that most certainly harvest energy in that precise manner, from anisotropy in chemical potentials.”