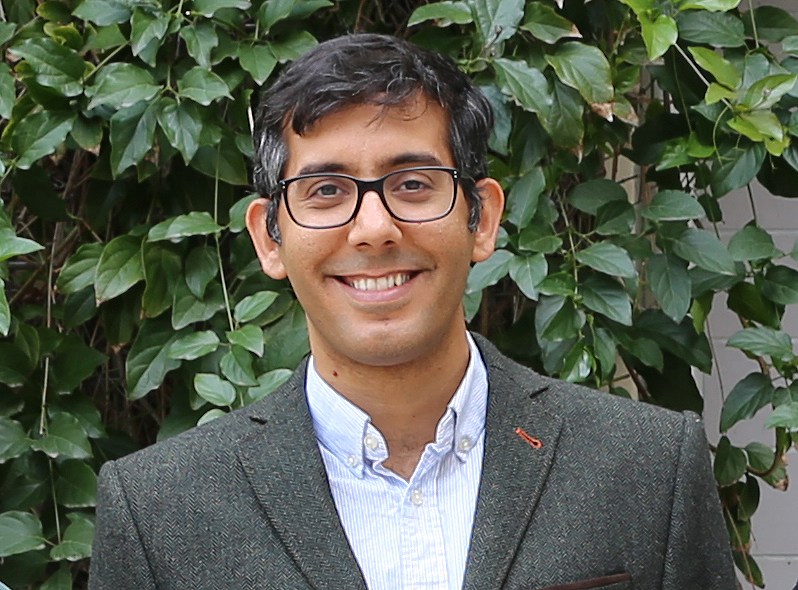 June 21, 2022 - Mohammad Javad Abdolhosseini Qomi, assistant professor of civil and environmental engineering, has won a National Science Foundation Faculty Early Career Development Program (CAREER) Award from the Division of Civil, Mechanical and Manufacturing Innovation. Among the NSF’s most prestigious, the CAREER award supports early career faculty who have the potential to serve as academic role models in research and education.

Qomi will receive $650,000 over five years for his research effort to reduce the carbon footprint of concrete. Inspired by fast chemical reactions in the earth’s crust, this CAREER proposal envisions a science-informed pathway to design concretes that mineralize CO2 in nanometer-thick adsorbed water films.

Production of concrete is responsible for approximately 7% of global carbon dioxide emissions caused by humans. These carbon emissions must eventually be captured and preferably sequestered in the form of value-added products; however, the costs associated with the sequestration process can only be lowered if rapid and close-to-complete carbonation of the feedstocks is realized.

“Climate change is the most urgent crisis of our time, and it is closely tied to CO2 emissions,” said Qomi. “Reducing the environmental impact of hard-to-decarbonize industries, such as cement and concrete, requires progress in carbon capture and utilization technologies. I am grateful for this tremendous award and for NSF’s continued support of my research on decarbonization science throughout the years. Such support has been and will be instrumental in placing environmental sustainability at the center of civil and environmental engineering education.”

Qomi joined the UCI faculty in 2015. His overarching research goal is to find economical methods for sequestering and using carbon, thereby mitigating untethered emissions of the greenhouse gas in the atmosphere. The scope of his research extends from the nanometer of interfacial reactions to the mesoscale of crystal nucleation and growth.

Last year, Qomi won an early career research award from the U.S. Department of Energy Office of Science. The DOE award funded his project to study geological carbon sequestration in basalt formations. These formations have a theoretical capacity to store an order of magnitude more CO2 than  can be produced by burning all fossil fuel resources on earth.