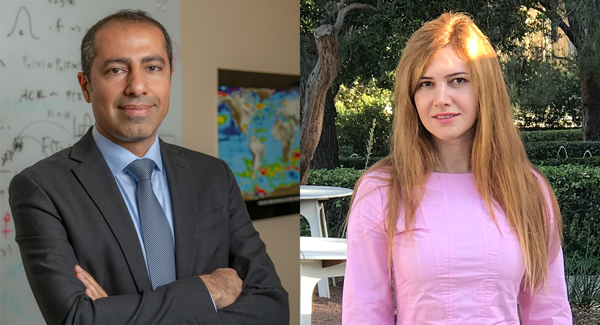 April 29, 2022 –  A research paper co-authored by Amir AghaKouchak, UC Irvine professor of civil and environmental engineering has been selected by the American Society of Civil Engineers Awards Committee to receive the 2022 Norman Medal. Instituted in 1872 by George H. Norman, the medal is the highest honor granted by the ASCE for a technical paper that makes a definitive contribution to engineering science.

AghaKouchak studies how climate change and variability influence extreme events, such as flood, drought and heatwaves, and compound hazards. The warming climate and its consequences cause changes in severity, frequency and duration of extreme precipitation and flooding, which can significantly affect the integrity and performance of levees.

In this research, the authors incorporated a set of historical and projected flood levels into a sophisticated model to numerically evaluate the fragility of the Elkhorn Levee in Sacramento, California, against multiple modes of failures including slope stability, under-seepage and uplift. The results showed that future flood events could significantly increase the levee’s probability of failure.

“There are many publications on how extreme rainfall and temperature are expected to change in the future,” said AghaKouchak. “But linking the projected changes to actual societal impacts is not straightforward. In this paper, our overarching goal was to bridge the gap between climate science and engineering through linking future extremes to potential physical failure of our infrastructure systems.”

The research was funded by the National Science Foundation.