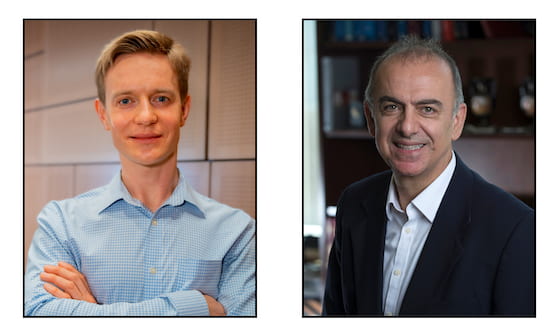 Feb. 3, 2022 – The W.M. Keck Foundation has awarded $1 million to an interdisciplinary team of researchers at the University of California, Irvine to study the formation and health of cartilages, tissues that are vital to skeletal structures.

A particular focus for the UCI team, which includes scientists from the School of Biological Sciences and The Henry Samueli School of Engineering, will be an examination of “peculiar cells” that are giant in size and packed with lipid molecules, according to co-principal investigator Maksim Plikus, professor of developmental & cell biology.

These cells come together to form and provide mechanical structure to cartilages in the nose, ears and other areas of the head, neck and chest. Having detected the presence of fat-rich cartilages in mice, the researchers now intend to conduct a thorough investigation of their developmental biology, biochemistry and biomechanics in hopes of better understanding birth defects of the face and learning how to harness the cells’ unique metabolism in new regenerative therapies for cartilage diseases.

“We have a pretty good basis of understanding about how [cells called] chondrocytes secrete an extracellular matrix to make up the voluminous packing foam-like tissue of ordinary cartilages,” Plikus said. “We are now keenly interested in studying newly found giant chondrocytes that secrete small amounts of extracellular matrix yet contain lipid-filled sacs that get packed together like Lego blocks.”

Fat-rich cartilages are, paradoxically, found to have exceptional mechanical properties, despite the fact that these tissues contain mostly cells and not much matrix, according to co-principal investigator Kyriacos Athanasiou, Distinguished Professor of biomedical engineering and Henry Samueli Chair in Engineering.

“A tissue that is so highly cellular should not be as strong and stiff because cells are orders of magnitude softer and weaker than the macroscopic tissue,” he said. “Thus, we believe this work will allow us to unveil new theories in tissue biomechanics.”

Plikus said he hopes to uncover clues about how the genesis of giant lipid-packed cells results in the formation of cartilage-dependent structures around the body. The researchers already know that lipid-filled chondrocytes resemble adipocytes, giant lipid-containing cells that make up the actual fat stores in our bodies. Yet, despite their similar appearance, both cell types obtain and dispense their lipids in a distinct manner. Unlike adipocytes, chondrocytes are very picky when it comes to lipid molecules and reject a lot of incoming molecules that adipocytes gladly uptake, according to Plikus.

Chondrocytes are also much less generous than adipocytes at donating lipid molecules from their stores when food is scarce but the body needs nutrients for vital tissues, he added. But the benefit of being so stingy is that cartilages do not fluctuate in size and shape no matter the systemic status of a body’s metabolism. Adipose tissue changes in volume under different dietary conditions; cartilages do not.

Athanasiou’s research group focuses on tissue regeneration therapies to help patients with a host of afflictions, so members are hoping that some of the fundamental knowledge gained in this new project will help in their efforts.

“The work supported by the Keck Foundation is truly exciting because the discovery of these fatty cartilage cells may allow us to understand how certain diseases of craniofacial cartilages may come about,” Athanasiou said. “Equally exciting, this may allow us to consider an entirely different way of making, or ‘tissue-engineering,’ these cartilages – for example, in the nose – by potentially considering fat-filled cells as the ‘engineers’ to fabricate cartilages similar to native tissues.”