Feb. 7, 2022 – Perry Johnson, assistant professor of mechanical and aerospace engineering, has received a National Science Foundation grant for his project "Physics-inspired Coarsening for Turbulent Flow Simulations." The grant, $300,000 for three years, will allow Johnson to build on his earlier work and develop and test a new mathematical formulation to simulate and predict turbulent flows. 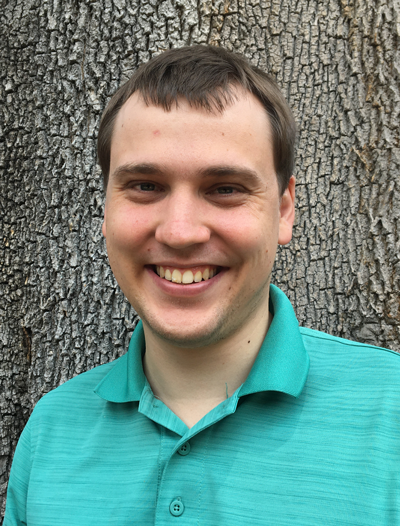 “We encounter turbulence in a visceral way as airplane passengers, but the reality is that turbulence is everywhere in our day-to-day life, in nature and in many of our most important technologies,” explained Johnson. “Scientific and engineering fields as diverse as oceanography, atmospheric science, renewable energy, aerospace propulsion, astrophysics and human health are profoundly affected by turbulent flow dynamics.”

Johnson explained that, in terms of mechanical behavior, liquids and gases are both classified together as fluids due to their tendency to flow, in contrast to the rigidity and elasticity of solids. Turbulence occurs when the inertia of a flow overcomes viscous friction, which keeps flows smooth and laminar. This triggers instability and leads to chaotic dynamics.

The chaotic nature of turbulence means specific flow patterns are nearly impossible to predict too far in the future. Scientists and engineers often only focus on basic flow statistics, such as the average flow. However, even this is difficult to predict reliably without extremely large supercomputers, so expensive experimental campaigns are typically necessary. A brute force simulation of the governing equations for fluid flows is impossible for many applications with current computing technology. “This difficulty really hinders our ability to understand and predict nature, as well as design and optimize various devices,” said Johnson. 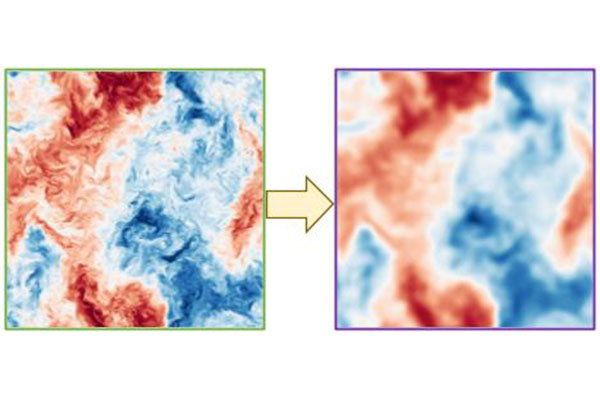 He points to one increasingly popular method called large eddy simulations (LES), which computes a turbulent flow on a computational grid that is intentionally too coarse (to make the computing cost manageable). The idea dates back to the 1960s and 1970s and uses models based on treating the flow as if it has been blurred, like an image-processing trick. This spatial filtering approach to LES has proven robust for some flows. Other flows are more challenging, such as those with boundaries (like the outer skin of an airplane or the inner wall of a pipeline) or interfaces (like the ocean-atmosphere interface or the interface between liquid fuel and compressed air in a gas turbine engine).

Another challenge is the effect of nonuniform resolution. For most realistic flows, an efficient simulation approach has higher resolution in some regions compared with others. “This causes additional modeling difficulties for LES based on spatial filtering that deserve more attention,” said Johnson.

These problems in the underlying theory of LES can be overlooked, but they are becoming more important now that machine learning and artificial intelligence are emerging as tools that can accelerate model development, he added.

“The NSF grant will provide crucial resources studying a novel idea to completely rethink how we conceive of LES in the first place, by basing the concept of LES on an approach that mimics nature to generate tractable representations of turbulent flows, rather than using something akin to an image processing trick,” said Johnson. “Preliminary work has demonstrated that this idea leads to a number of technical and mathematical advantages over the prevailing spatial filtering approach. Through this research project, I am hoping to demonstrate these advantages more concretely and refine the new approach.”