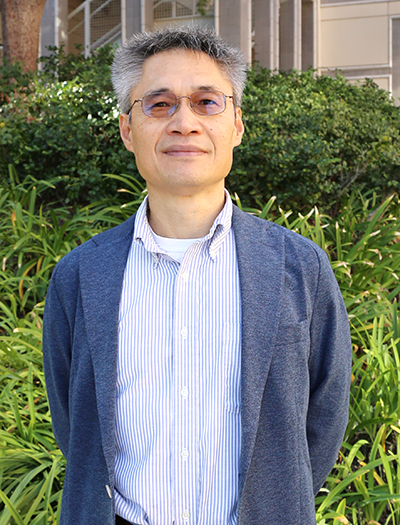 Nov. 4, 2022 - Feng Liu, professor of mechanical and aerospace engineering, has won the 2023 American Institute of Aeronautics and Astronautics (AIAA) Air Breathing Propulsion Award. Liu was recognized for “the turbine-burner engine innovation and other high-impact contributions of computational methods for turbomachinery aerodynamics.”

Liu pioneered the innovative turbine-burner concept together with William A. Sirignano, also a professor of mechanical and aerospace engineering at UCI.  The turbine-burner design augments or substitutes the main burner in a conventional jet engine by a burner that is directly integrated into the turbine of the engine, which supports continuous near-constant-temperature combustion to achieve high efficiency and high specific thrust. Liu played a critical role in the inception of the turbine-burner innovation, the cycle analysis and design optimization of the turbojet, turbofan, and ground-based engines with turbine-burners, and the demonstration of the significant performance gains and application range of such engines. His work inspired the U.S. Air Force and NASA to initiate a number of internal and external research projects and SBIR projects on the research and development of the turbine-burner technologies.

The award also recognizes Liu’s high-impact and lasting contributions to turbomachinery flow analysis, design and optimization, and computational methods for aircraft and turbomachinery aeroelasticity. Liu made a core contribution to the compressor and turbine simulation of the world’s first computational fluid dynamics code for simulating the flow through a complete jet engine; work supported by a DOE Accelerated Strategic Computing Initiative project (1998-1999). His codes and algorithms have been adopted by Alstom, General Electric, Pratt-Whitney and Zona Technology.

Liu said it was an honor to receive the award, for UCI and the department. “I joined the department when it had just changed its name from mechanical engineering to mechanical and aerospace engineering,” said Liu. “I have been fortunate to have grown my career at UCI and  worked with many of our outstanding faculty to build up the aerospace engineering program to its current level of national and international recognition.”

Liu joined the UCI faculty in 1991 as an assistant professor. In addition to the gas-turbine engine cycle innovation, his research interests include computational fluid dynamics, transonic, reactive and two-phase flows and turbomachinery aerodynamics. He is a fellow of AIAA and of the American Society of Mechanical Engineers. He also serves as associate editor of the Journal of Propulsion and Power.

Liu will receive the award at the 2023 AIAA Science and Technology Forum and Exposition (SciTech), Jan. 23-27, 2023, in National Harbor, Maryland.