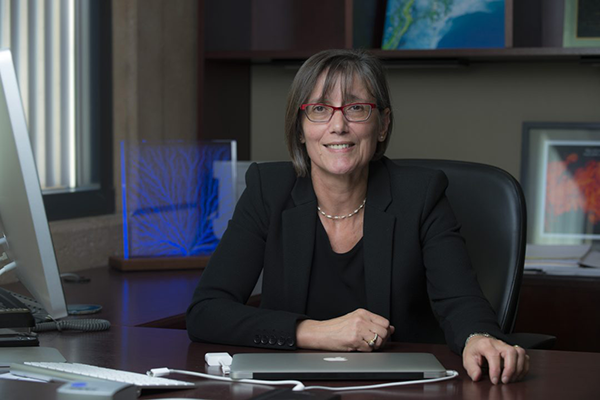 The Horton Medal, named in honor of Robert E. Horton, was established in 1974 and is one of the highest honors of the AGU, a union of more than 60,000 scientists worldwide. It is given annually to recognize "outstanding contributions to the geophysical aspects of hydrology."

Foufoula-Georgiou’s research focuses on hydrology and geomorphology, with a special interest in scaling theories, multiscale dynamics and space-time modeling of precipitation and landforms. She has been a pioneer in developing mathematical theory to understand hydrologic processes and Earth-surface dynamics. Her contributions in the field are wide-ranging and include fundamental work on global estimation of precipitation from microwave satellite sensors, channel network dynamics, delta river morphology, streamflow and sediment transport, and more recently climate extremes and wildfires.

Foufoula-Georgiou has also established herself as a leader in the hydrologic community, having served on several national and international advisory boards such as the Water Science and Technology Board of the National Academies, the National Science Foundation Advisory Committee for Geosciences, the Earth Science Advisory Committee of NASA, and EU advisory boards. She is a past president of the Hydrology section of AGU, a presidential appointee to the Nuclear Waste Technical Review Board and recipient of several awards, including the John Dalton Medal of the European Geophysical Society and the Hydrologic Sciences Award of AGU. She is an elected member of the National Academy of Engineering, the European Academy of Sciences and the American Academy of Arts and Sciences.

“It is a great honor to receive this recognition and I am thankful to all those who have supported my career, including my great research groups over the years,” Foufoula-Georgiou said. “If I were to give one piece of advice to the younger generation it would be: do fundamental work, do not follow hype, follow your own path and in the long run people notice.”

The AGU will award the medal to Foufoula-Georgiou during the 2022 AGU Fall Meeting on Wednesday, Dec.14 in Chicago, Illinois.