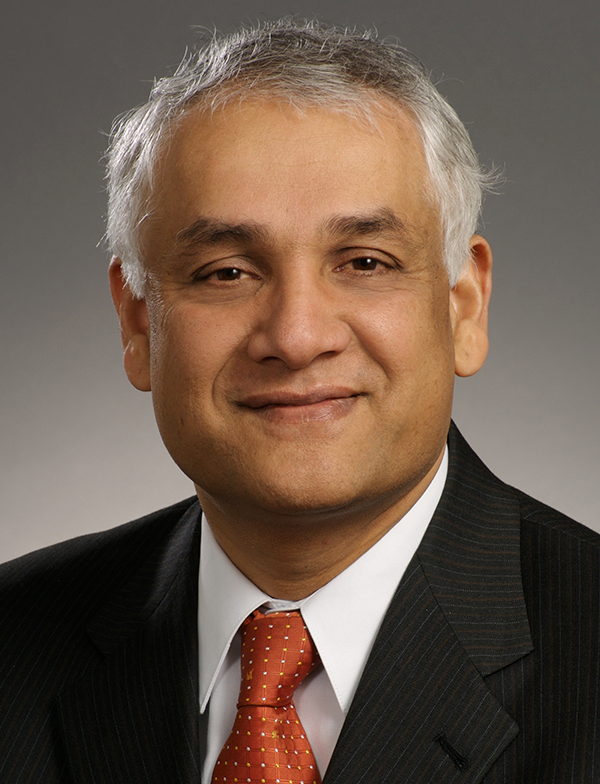 The Bode Lecture Prize annually recognizes distinguished contributions to control systems science and engineering. In addition to technical merit, IEEE also recognizes the broader impacts of contribution toward the benefit of society and IEEE CSS’s diversity and inclusiveness goals.

“I am greatly honored to be selected to receive the Bode Prize,” said Khargonekar. “I have a vivid memory of listening to Gunter Stein as he received the very first Bode Prize and gave a memorable lecture in 1989. I was a young scholar at that time. Many distinguished researchers in the control systems field have received this honor since then. It is truly humbling to join their ranks.”

Khargonekar is highly regarded for his research in systems and control theory, as well as applications to renewable energy and smart grid, manufacturing and neural engineering. He was honored by IEEE with the IEEE Control Systems Award in 2019 for his outstanding contributions to robust and optimal control theory. He played an essential role in creating a state-space-based theory for H-infinity optimal control, which is considered one of the major achievements in the field of control theory in the last 40 years. Recently, he has started exploring novel research directions at the confluence of machine learning and control.

“The Bode Prize is one of the two most prestigious awards in our field to recognize contributions that have advanced controls in significant ways,” said Tryphon Georgiou, Distinguished Professor of mechanical and aerospace engineering. “Pramod has made several such contributions, and hence, he was a natural choice! It is a great pleasure and distinct honor to see Pramod, our UCI colleague and leader, selected as the 2021 winner.”

The Bode Prize includes $2,000, a photo-engraved plaque and travel expenses to the Conference on Decision and Control. However, this year, the CDC will be held virtually December 13-17. Khargonekar will be presented the award on December 17 and will deliver the plenary Bode Lecture via video December 16. His lecture is titled “Climate Change Mitigation and Adaptation: Role for Systems and Control.” Khargonekar is looking forward to the event: “I am hoping that my lecture will be well received as it is going to be a little bit unusual!”

Magnus Egerstedt, Samueli School’s Stacey Nicholas Dean of Engineering and IEEE fellow, praised Khargonekar: “The Bode Lecture Prize is one of the most significant, global recognitions of research excellence in the area of control theory. We are extremely proud of Pramod Khargonekar and of what this well-deserved award says about his impact on the field as a thought leader and role model. It also reflects well on the UCI Samueli School of Engineering’s prominence as a hotbed for high-impact research.”