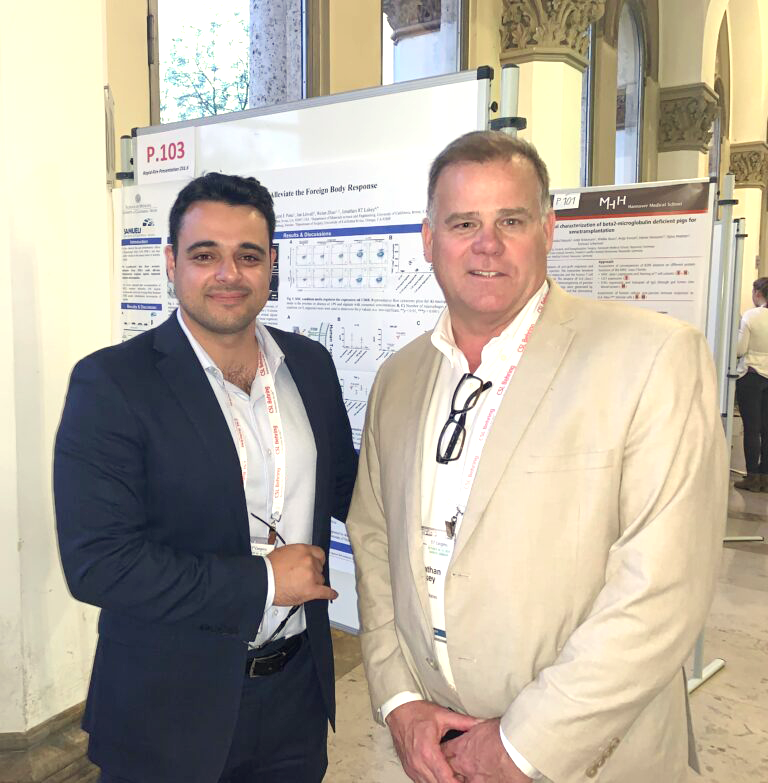 June 3, 2021 – A multidisciplinary research team led by Jonathan Lakey, Ph.D., professor of surgery and biomedical engineering at the University of California, Irvine, has developed a biomaterial for pancreatic islet transplants that doesn’t trigger the body’s immune response. Based on stem cell technology, hybrid alginate offers a possible long-term treatment for Type 1 diabetes, an autoimmune reaction that destroys pancreatic islets’ beta cells, which regulate blood glucose levels. According to the American Diabetes Association, nearly 1.6 million people in the U.S. are affected by the disorder.

This works builds on the “Edmonton protocol,” a method of pancreatic islet transplantation for treating Type 1 diabetes co-developed in Canada by Lakey that requires the chronic use of immunosuppression drugs. UCI’s hybrid AlgXO formulation releases exosomes derived from human umbilical cord mesenchymal stem cells, which suppress negative reactions to a foreign body, preventing rejection. Study results, published online in the journal Communications Biology, show that rat pancreatic islets contained in hybrid AlgXO microcapsules implanted in diabetic mouse models did not evoke an adverse response and regulated blood glucose for more than 180 days without the need for insulin or anti-rejection therapies.

“Dating back to the 1980s, islet transplantation within alginate microcapsules has been found to prolong the glycemic correction in diabetic rodents, but that promise has been limited by immune system attacks, which cause infections and other health complications that compromise long-term effectiveness. Our AlgXO biomaterial can blunt adverse immune responses, enabling implants to function for a much longer period of time,” said co-author Reza Mohammadi, who earned a doctorate in materials science and engineering at UCI last year while working in Lakey’s laboratory and is now a scientist at AbbVie.

The longevity and mechanics of local immunosuppression are key factors in determining the durability of transplanted cells, and this is especially true for xenografts, in which the donor and recipient are from different species. The hybrid AlgXO used in the study was designed to release mesenchymal stem cell exosomes in a controlled and sustained manner to reduce islet inflammation, which enabled long-term function of the rat-to-mouse islet xenografts.

Future studies will involve larger animal models to validate the hybrid AlgXO’s efficacy; if they’re successful, the biomaterial could then be applied in clinical trials with human patients. The research team included UCI colleagues in the schools of engineering, medicine, biological sciences and pharmacy & pharmaceutical sciences, as well as Paul de Vos, professor of immunoendocrinology at the Netherlands’ University of Groningen.

This project was funded by the Brownstein Family Fund, the Juvenile Diabetes Research Foundation International, a pilot grant from the Sue & Bill Gross Stem Cell Research Center, and a Jewel Foundation grant through a CHOC Children’s Hospital joint collaboration.