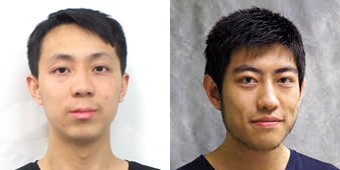 June 7, 2021 - UC Irvine graduate students Yanchen Wu, Weixi Wang, Shan Tian and Hengyi Tan earned second place in the U.S. Department of Energy’s 2021 Solar District Cup. Organized by the National Renewable Energy Laboratory, the collegiate design competition requires student teams to design an optimized energy system for a campus or urban district. This year, 59 student teams from 57 different colleges participated, and 35 teams were selected as finalists.
UCI’s team designed distributed photovoltaic and energy storage systems for the University of Central Florida. The goal of the challenge University of Central Florida proposed was to maximize photovoltaic self-generation and to strategically deploy battery storage to enable higher penetrations of solar power. Team UCI came up with a solution composed of rooftop, carport and ground mount photovoltaic systems. As finalists, they presented their solution to a panel of judges at the event’s virtual conference. Team UCI came in second to University of Colorado, Boulder with a solution that was predicted to save the school a net present value of more than $4.5 million in a span of 20 years.

Wang, a doctoral student in electrical engineering with a focus in energy distribution systems, and Wu, a doctoral student in mechanical and aerospace engineering, led the team. Wang shared what he thinks helped them succeed: “I believe it is important to have clear responsibilities for each team member and to communicate with others in the team, and that was exactly what we did during competition time.”

Wu noted that each student’s unique skills and background contributed to the success of the team’s design as a whole. “Weixi is a doctoral student in electrical engineering who is an expert at designing and optimizing grid infrastructure for the energy distribution system,” he said. “Shan is a doctoral student in mechanical engineering who has solid background knowledge in sizing and optimizing battery energy storage systems. Hengyi is a master of business administration student at UCI who has rich experience in energy project financing.”

Wang and Wu wanted to participate in the Solar District Cup competition in order to apply their knowledge to a hands-on project. “The main reason I entered the competition was to familiarize myself with the kinds of solar design problems that I may encounter in the future,” Wang said.

Concern for the environment was a motivator for Wu. “I wanted to participate in the Solar District Cup competition because I am aware that climate change is gradually affecting the world in a negative way, threatening the daily life of human beings and the balance of nature,” he said.

Wu hopes that UCI students will want to participate in the Solar District Cup in the future. “We have definitely gained a lot of knowledge on how to design a large-scale solar photovoltaic project,” he said. “Thus, we encourage more UCI students to compete in the Solar District Cup in the coming years to learn the skills required to develop a greener world and a sustainable future.”