UCI Invention Lets People Pay for Purchases with a High-five 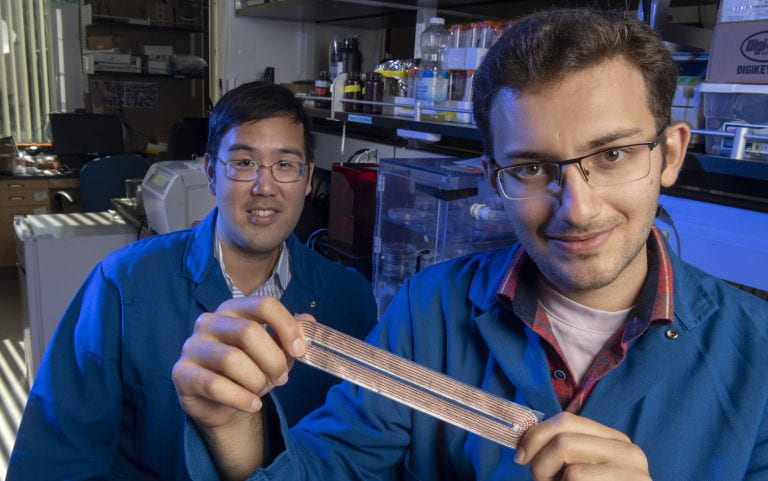 Nov. 16, 2021 – Imagine your car starting the moment you get in because it recognizes the jacket you’re wearing. Consider the value of a hospital gown that continuously measures and transmits a patient’s vital signs. These are just two applications made possible by a new “body area network”-enabling fabric invented by engineers at the University of California, Irvine.

In a paper published recently in Nature Electronics, researchers in UCI’s Henry Samueli School of Engineering detail how they integrated advanced metamaterials into flexible textiles to create a system capable of battery-free communication between articles of clothing and nearby devices.

“If you’ve held your smartphone or charge card close to a reader to pay for a purchase, you have taken advantage of near-field signaling technologies. Our fabrics work on the same principle, but we’ve extended the range significantly,” said co-author Peter Tseng, UCI assistant professor of electrical engineering & computer science. “This means you could potentially keep your phone in your pocket, and just by brushing your body against other textiles or readers, power and information can be transferred to and from your device.” 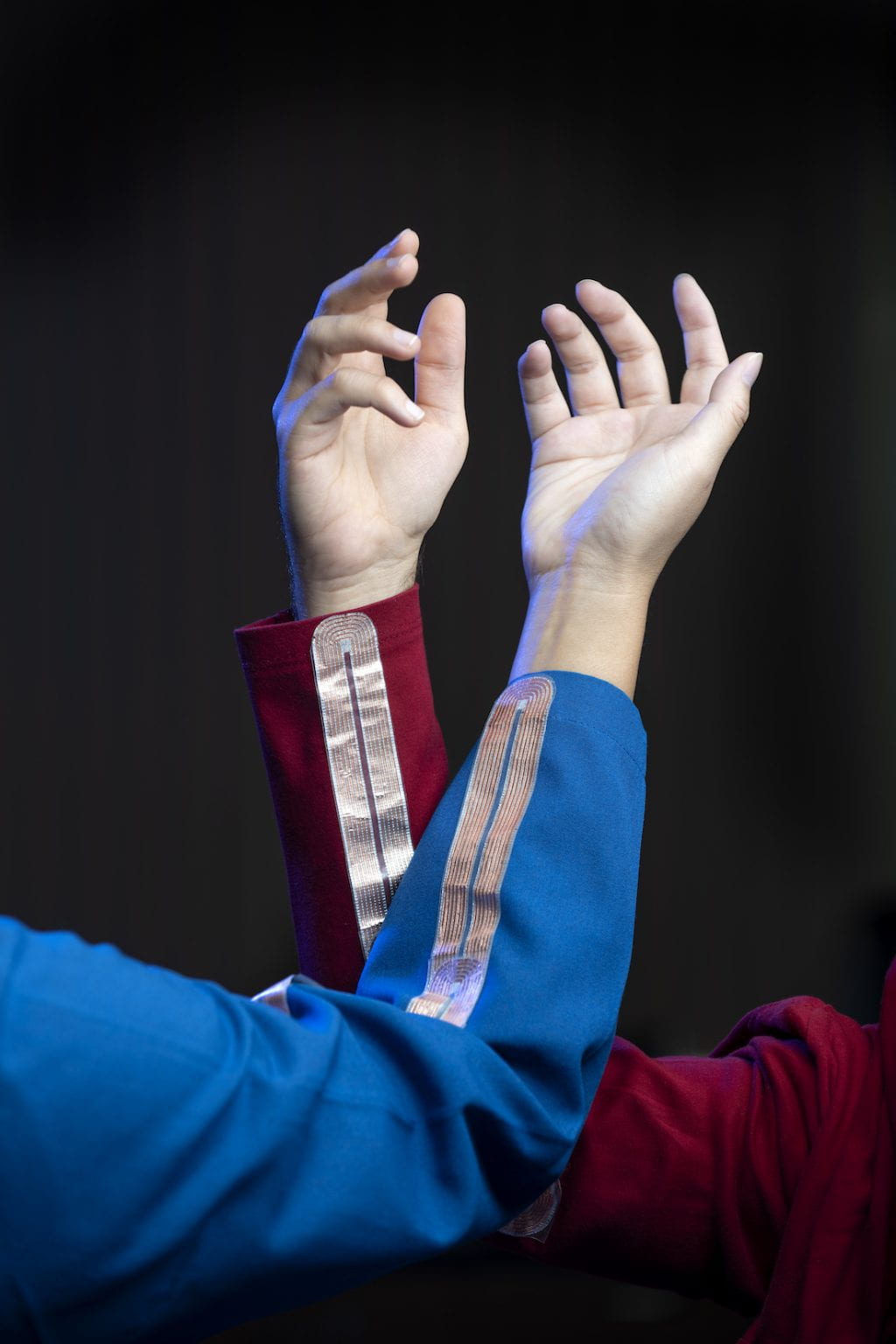 Lead author Amirhossein Hajiaghajani, a UCI Ph.D. student in electrical engineering & computer science, said the invention enables wearers to digitally interact with nearby electronic devices and make secure payments with a single touch or swipe of a sleeve.

“With our fabric, electronics establish signaling as soon as you hover your clothes over a wireless reader, so you can share information with a simple high-five or handshake,” he said. “You would no longer need to manually unlock your car with a key or separate wireless device, and your body would become the badge to open facility gates.”

Tseng likens the technology to a railway that transmits power and signals as it crisscrosses a garment. The system allows new segments to be added readily, and separate pieces of clothing can be paired to “talk” with one another.

The near-field communications protocol has enabled the growth in applications such as wireless device charging and powering of battery-free sensors, but a drawback of NFC has been its limited range of only a couple of inches. The UCI researchers extended the signal reach to more than 4 feet using passive magnetic metamaterials based on etched foils of copper and aluminum.

The team’s innovation was designed to be highly flexible and tolerant of bodily motion. Because signals travel in the UCI-invented system via magnetic induction – versus the continuous hard-wire connections that had been state-of-the-art in smart fabrics – it’s possible to coordinate separate pieces of clothing. In athletic gear, pants can measure leg movements while communicating with tops that track heart rate and other stats.

The applications in medicine are countless, Hajiaghajani said, such as freeing hospital staff from the task of applying numerous patient sensors, as they can all be integrated into metamaterial-equipped gowns.

The materials involved in the system are low-cost and easy to fabricate and customize, he noted, and varying lengths and branches of the metamaterial “rails” can be heat-pressed onto wearers’ existing clothing – no need to go out and buy a brand-new high-tech tracksuit.

“Our textiles are simple to make and can be integrated with interesting wearable designs,” Hajiaghajani said. “We want to create designs that not only are cool and inexpensive but can reduce the burden that modern electronics can bring to our lives.”