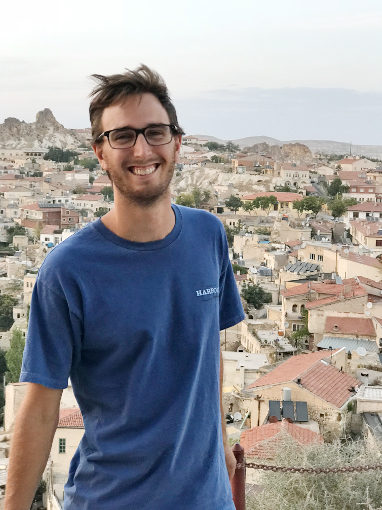 Jan. 13, 2021 - In 2017, UC Irvine graduate student Matthew Brand was working toward his doctorate in civil and environmental engineering when he attended the California Water Boards’ Water Data Science Symposium in Sacramento. There, he learned about a new financial instrument called Environmental Impact Bonds (EIBs) that could help alleviate the significant costs of managing soil erosion, poor water quality and degraded ecosystems in sensitive watershed and wetland habitats.

Around the same time, he developed an interest in watershed modeling after he began working with Napoleon Gudino, a postdoctoral researcher hired by the department to model watersheds in Mexico.

Under the direction of his adviser, Brett Sanders, professor of civil and environmental engineering, Brand began modeling watershed and financial criteria to quantify the financial viability of these EIBs. He focused specifically on using these “green” financial tools to reduce excessive erosion that was burying wetland habitat in the Los Laureles Canyon Watershed, which drains to the Tijuana National Estuarine Research Reserve.

EIBs, a new concept at the time, were viewed as risky. Investors who provided capital would be repaid by stakeholders who reduced their costs as a result of improved management. But there was no research to support the bonds’ effectiveness or the optimum length of time for repayment.

“I did a literature review,” Brand said, “and it turns out that linking environmental conditions to financial risk was a problem that the entire EIB field didn’t have a great answer to. We were able to leverage this field site to answer a question that was of broad interest to the EIB community.”

Brand’s research showed that increasing the duration of an EIB from five to 10 years improves its feasibility for success; by stretching the repayment period, which allows for less impact from wet years that could cause increased erosion, the model showed investors would reap better returns.

His work has gained traction recently within the scientific community. In September 2020, the American Geophysical Union published a recap on its Editors’ Highlights website, and in December, the National Centers for Coastal Ocean Science featured it in an online news brief.

“It’s been a great feeling to have my work recognized,” said Brand, who received his doctorate in December and will start a postdoctoral position this month at the Pacific Northwest National Laboratories. “I struggled a lot trying to get the work published ... the EIB field is very new and it’s difficult to find a journal that is the right fit and other experts who can critically evaluate your work. I’m thrilled to see the field as a whole is taking off, and I’m excited to continue working in this space for the rest of my career.”