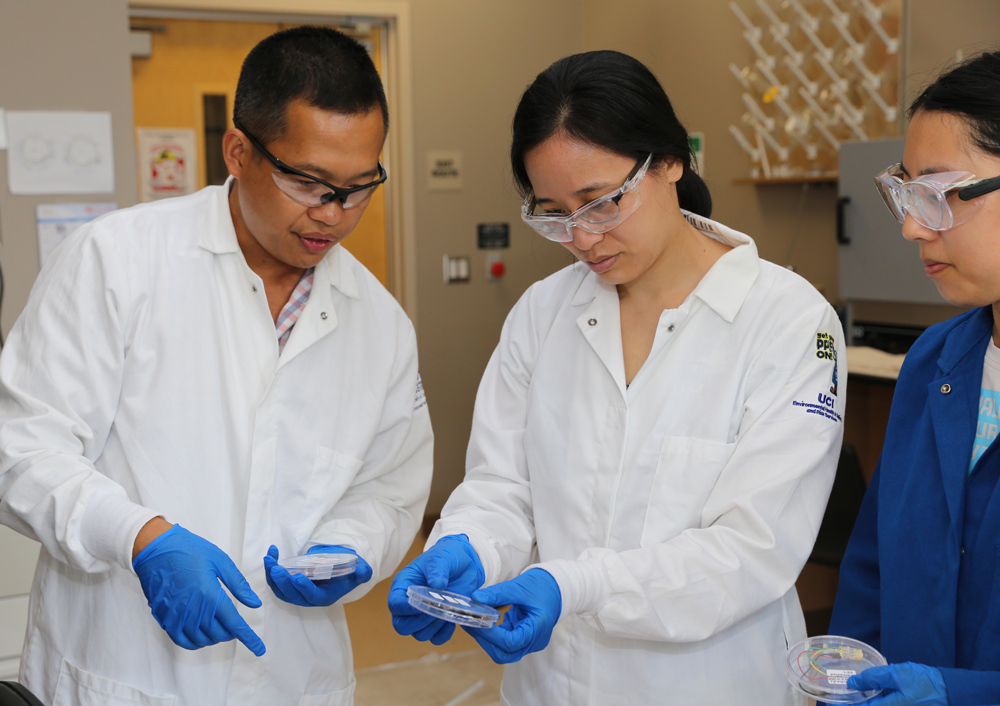 Early-life sleep disruption has been shown to affect the development of complex social behaviors in prairie voles, the studied model, impairing social bonding in a manner similar to autism in humans.

The research team, led by Hung Cao, UCI assistant professor of electrical engineering & computer science, will create neural biosensor microprobes that can simultaneously – and in real time – detect two key neurotransmitters governing excitation and inhibition. The ratio of these neurochemicals, called L-glutamate and gamma-aminobutyric acid, holds important information about brain control of social interactions in healthy and autistic individuals. The wireless system will be combined with EEG to track electrical activity in the brain as well.

“We know that sleep disruption in early life affects the ability to form bonds with partners in voles, but we don’t know why; we don’t know what’s going on in the brain’s chemistry,” said Cao. “We need dedicated devices to measure the excitatory/inhibitory balance in vivo during social interactions, with optimal temporal and spatial resolution. Such tools do not currently exist.”

Cao’s co-principal investigator on the grant is Dr. Miranda Lim, a neurologist at Oregon Health and Science University School of Medicine who examines the role of sleep disruption in the developing brain. Other project collaborators are Plamen Atanassov, UCI Chancellor’s Professor of chemical and biomolecular engineering, and Payam Heydari, UCI professor of electrical engineering and computer sciences.

“With this grant, we hope to help solve a longstanding mystery in neurobiology about the critical contribution of sleep to brain development,” said Cao, who has had previous success in developing an implantable neural biosensor to study pain management.

He says the microprobes and systems developed in this project can be generalized to studies of neurological disorders. The outcomes could help reveal how neural processes may go awry in neurodevelopmental disorders, as well as enable the next generation of neural prostheses, therapeutics and brain-machine interfaces.

The NSF Division of Behavioral and Cognitive Sciences supports research that develops and advances scientific knowledge about the brain, human cognition, language, social behavior and culture, including research on the interactions between human societies and their environments.