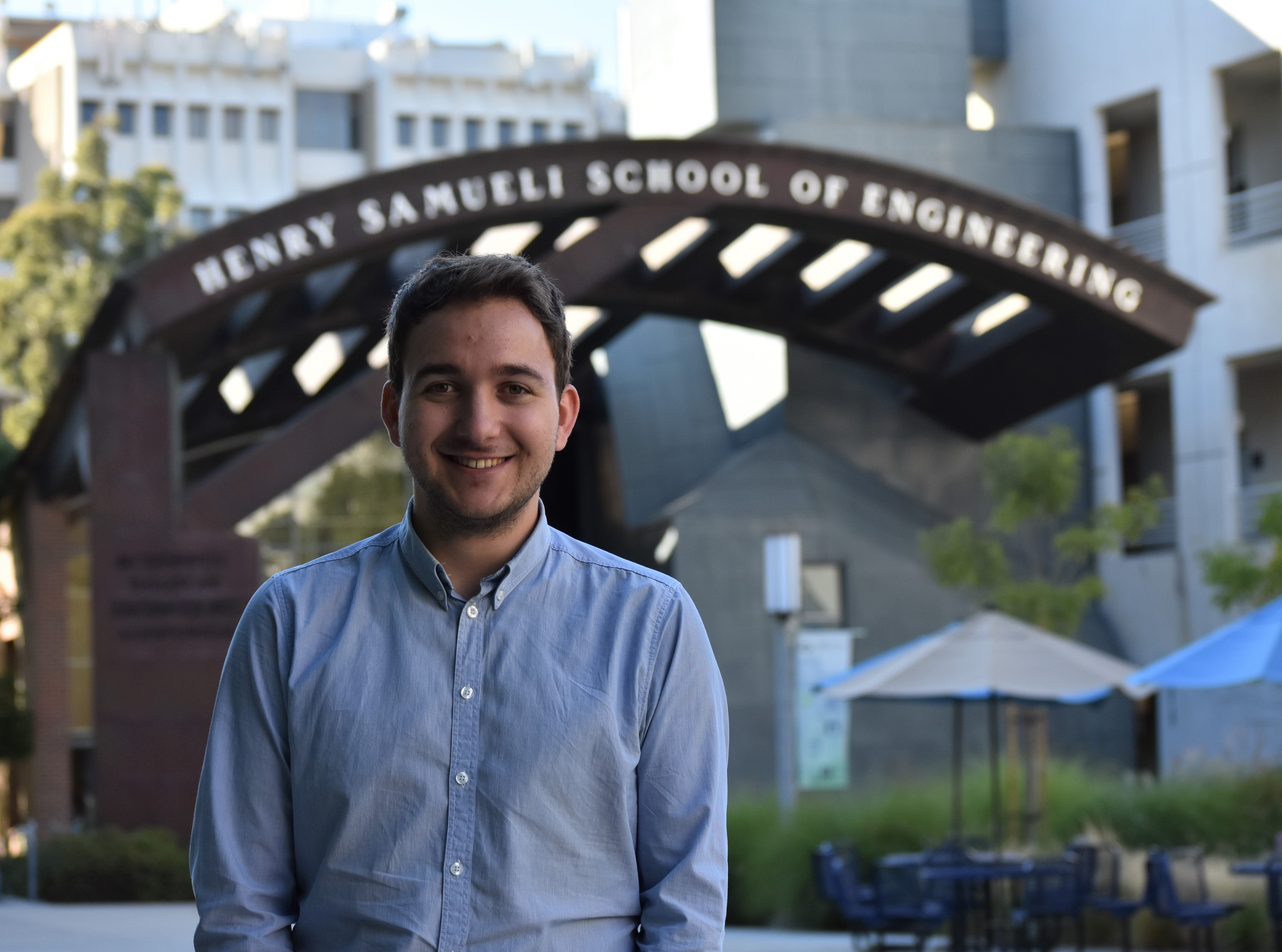 July 2, 2019 - The American Institute of Aeronautics and Astronautics (AIAA) Foundation has recognized David Morata with the Orville and Wilbur Wright Graduate Award. A graduate student in aeronautics engineering and a Balsells Fellow, Morata is working toward his doctorate under the guidance of Professor Dimitri Papamoschou. He is one of two students in the nation to receive the $5,000 award this year.

Morata’s research looks at aeroacoustics, or aircraft noise. He is part of a team that investigates ways to minimize the acoustic impact of the air transportation industry. This involves studying the physical mechanism of noise generation, modeling it accurately to make predictions and developing new tools that help with assessment.

Morata says he appreciates the support from the AIAA Foundation and is honored to have his name associated with the Wright brothers. “This award motivates me to keep working in the fascinating field of aeroacoustics, and reminds me of the positive and encouraging environment at UCI that has made it possible,” said Morata.

The AIAA is the world's largest aerospace technical society. The foundation gives this award annually in memory of the Wright brothers' contributions to the evolution of flight, and to honor full-time graduate students.