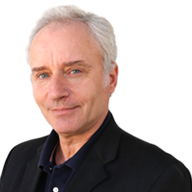 Research on jet aeroacoustics focuses on new ways to suppress sound generated from aircraft engines.  This includes high-bypass turbofan engines used on commercial jetliners and low-bypass engines used in supersonic aircraft.  Noise suppression technologies invented by Dr. Papamoschou include the Fan Flow Deflection (FFD) technique and the Mach Wave Elimination (MWE) method.  FFD is directed mostly for subsonic aircraft while MWE is applicable primarily to supersonic aircraft.  Both technologies are being actively investigated not only at UCI but also at NASA.  On the FFD technique in particular, the university has teamed up with an industrial partner for commercialization.  The foundation of the noise reduction methods is basic research on the mean flow, turbulent structure, and acoustic emission of compressible jets and shear layers. While the bulk of the research is experimental, theoretical efforts are also being pursued.

Mixing enhancement is desirable in a host of applications, from fuel injectors to turbine engine exhausts.  An innovative technique, developed by Dr. Papamoschou, uses axial flow of a gas to enhance mixing of the gas itself or of an adjacent fluid (gas or liquid).  The method, called Mixing Enhancement Using Axial Flow (MEAF), has been applied to subsonic and supersonic gaseous jets issuing from round or rectangular nozzles, as well as water jets simulating fuel injectors.  Some of the nozzles used in the gaseous tests have simulated geometries of turbofan and turboprop exhausts.  The fundamental phenomenon that causes mixing is supersonic nozzle flow separation.  It is being investigated in dedicated facilities using optical diagnostics and turbulence measurements.

Experiments for all the subjects mentioned above are being conducted in a lab equipped with unique test rigs designed and built at UCI.  The investigation of turbulent and aeroacoustic phenomena often requires use of specialized diagnostics, some of which were developed in this lab.  This includes a double-exposure laser-induced fluorescence method for detection of the turbulent structure in jets and shear layers, and a small-aperture microphone phased array for localization of noise sources in turbulent jets.