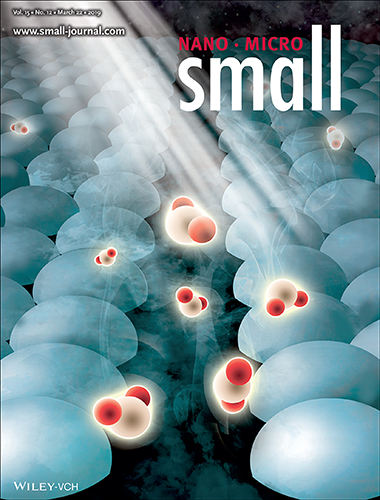 May 16, 2019 - Structural defects are a constant challenge for materials scientists, who seek ways to control them in order to create better, stronger materials. In new research published in the journal Small, Samueli School mechanical engineering graduate student Youngjoon Suh and his adviser, Yoonjin Won, assistant professor of mechanical and aerospace engineering, founds ways to control a certain defect, known as grain boundaries, which occur during self-assembly.

Self-assembly refers to a method where particles assemble themselves into packed configurations without physical manipulation by an outside source. It is an increasingly popular approach to creating novel nanoscale structures for use in photonics, optoelectronics, biomedical engineering and heat transfer applications.

But nanoscale self-assembly is influenced by a wide range of forces between the particles that can cause defects; Suh and Won experimented with ways to influence the process to minimize and/or optimize those defects.

In evaporation-assisted self-assembly deposition, heat is applied to a liquid that contains millions of tiny nanospheres. As the liquid evaporates, the nanospheres self-assemble into crystals on a hydrophilic surface. Suh and Won learned that by elevating the temperature at which the liquid is heated, they can make the nanocrystals assemble into single-column structures that exceed approximately 1 millimeter. This approach lays the fundamental groundwork for developing large-scale crack-free structures.

“Self-assembly has been a unique technique because it has the capability to be scaled up,” says Won. “It has been a great challenge to create perfect large-scale layers of the nanoparticles – that’s what many researchers have been pursuing. So we try to understand the mechanism of the making of cracks, called grain boundaries, and how they form.”

Won and Suh say they pursued two goals in their study: one was to understand the mechanism of self-assembly itself and the second was to see if they could control grain boundaries during the assembly. “If we can control the formation of the cracks, we can make certain patterns on the nanoparticle arrays,” Won says.

Adds Suh, who was first author on the published paper: “We want to try to reveal the physics that causes cracks during self-assembly. The ultimate goal is to try to make crack-free structures, and in order to do that you have to understand the physics behind that.”

The pair varied three parameters during the research, including the concentration of nanospheres, the temperature and the sphere size. Then they looked for correlations with the rate of evaporation. “Previous studies have lacked an understanding of the effects of thermophysical parameters such as the evaporation rate on nanomaterial processing,” Won says.

Once perfected, these nanomaterials can have applications in a number of areas, including optics (microscopes, cameras), thermofluidic cooling for electronic devices and as surface coatings.

The journal, which is considered high-impact in the world of nanotechnology, also chose the research as the cover article for its March 22 issue. The cover art, inspired by a scanning electron microscope (SEM) image, depicts water molecules evaporating among the nanospheres and the resulting cracks in the structure.

“In an SEM image, the cracks between crystalline structures are visible,” Won says. “It’s nearly impossible to completely remove the cracks in nanostructures, and if we can’t do that, let’s understand the physics that causes cracks, try to get the benefit of understanding what they are and figure out how to use them for various applications.”

This study was supported by a National Science Foundation CAREER Award.