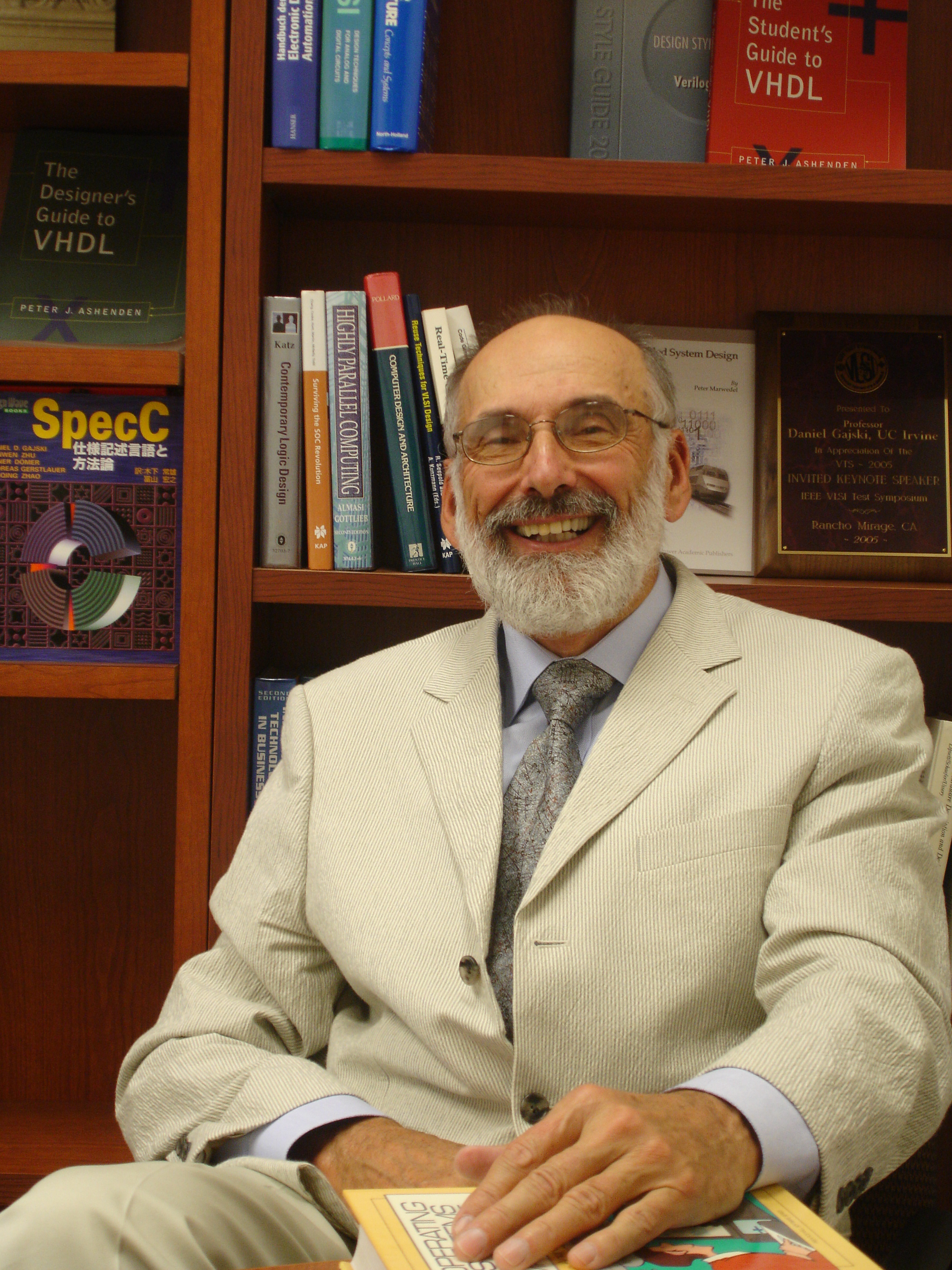 Nov. 20, 2019 - Electrical engineering and computer scientist Daniel Gajski goes to his office every day, even though he is retired. A computer science pioneer, he continues to take calls from researchers and students interested in and citing his work. “I’m happy to be able to still contribute to academia,” said the professor emeritus.

Gajski is an influential electronic design automation (EDA) scientist with more than 40 years of intensive engagement in industry and academia. He is considered among the founding fathers of new electronic design methods that reach toward higher levels of abstractions and their relationship to system architectures, and is a leader in establishing the fields of silicon compilation, high-level synthesis and system-level design.

He is the recipient of multiple awards, including the Lifetime Achievement Award from the European Design and Automation Association in 2010, and the edacentrum EDA Contribution Award in 2017. The most recent evidence of his enduring impact is the Embedded Systems Week (ESWEEK) 2019 Test-of-Time Award, which he and his former doctoral student Lukai Cai (now an engineer at Qualcomm San Diego) received for their paper, “Transaction Level Modeling: An Overview.”

The paper, originally published 16 years ago, defined a new era in embedded computer system design. This most recent honor recognizes a paper that has had the highest impact of previously presented ESWEEK papers. In the year 2000, Gajski’s research group created the concept of transaction level modeling by designing a system-level design language called SpecC. Gajski headed the research team that created the SpecC language in 1997. Because the language is an extension of the programming language C, it has been used worldwide by hardware designers and software programmers for embedded systems. The test-of-time award marks the milestone of a novel taxonomy where communication and computation are separated in the modeling, validation, refinement, exploration and synthesis of computer systems. Today, these principles are in use in academia and industry, worldwide.

Gajski says it feels good to receive this recognition because it means that “20 years ago, we got it right, and people still believe the work we did then was important and has had a lasting impact in the field of embedded systems.”

Gajski is originally from Croatia where he earned his undergraduate and master’s degree in electrical engineering from the University of Zagreb. He then attended the University of Pennsylvania for his doctorate in computer and information sciences. After 10 years of industrial experience in the areas of digital circuits, telecommunication systems, supercomputer design, and VLSI structures, he spent 10 years in academia with the Department of Computer Science at the University of Illinois at Urbana-Champaign.

“When I was working in the 70’s the emphasis was on how to design computers, so everything was focused on computer architecture,” he said. “When I was involved in designing a supercomputer, I learned how to build hardware. Then I moved into languages and programming. Twenty years ago, there were no good tools for computer system design, so we developed a language that would define and assist in the design of computer systems. This highly cited, award-winning paper outlines how to write simulation models for your design.”

Gajski moved to UCI in 1986, enticed by the opportunities presented by UCI and California industry. He founded the UCI Center for Embedded Computer Systems, now called the Center for Embedded and Cyber-physical Systems. The center’s goals are to conduct leading-edge interdisciplinary research in embedded systems, emphasizing automotive, communications, medical and other applications, and to promote technology and knowledge transfer for the benefit of the individual and society.

As a faculty member of both the Bren School of Information and Computer Science and the Samueli School of Engineering, Gajski has mentored 60 doctoral and  master degree students who’ve gone on to academia and industry around the world, disseminating the knowledge and promoting computer system design as their adviser does. On the occasion of the International Conference on Computer Aided Design held in Irvine in 2017, two Samueli School faculty members, Rainer Doemer and Quoc-Viet Dang, created an academic family tree (see below) to show his reach and honor this influence. More than 150 Ph.D. graduates are included in this tree, all advised by their academic father, grandfather or great-grandfather Gajski.

“As one of his students, I know that Dan Gajski is a true visionary,” said Doemer. “The test-of-time award proves that 20 years ago, he could see the future, and he was right. It's invaluable to have him as a consultant in our center.”

Gajski has authored seven textbooks, including Principles of Digital Design (Englewood Cliffs, NJ: Prentice Hall, 1997), which has been translated into several languages, including Spanish and Chinese. In fact, a newly hired Samueli School assistant professor, Yanning Shen remembers using his textbook in her class. “It was used as a textbook for a class that I attended when I was pursuing my bachelor’s degree at the University of Science and Technology of China. This book is very well-written; it provides nice interpretation of various concepts, along with inspiring examples to help students gain deep understanding. It is my great pleasure to become a colleague with the author of the textbook that I have used!”

“She was there in 2014, so it is very satisfying to hear that they are still using my book,” Gajski said. “I know it is used in Europe and other places, too. It has very practical use, and I published it in ‘97, more than 20 years ago.”

Gajski says he is glad he can keep contributing to the reputation of the university even after retiring. And with all these years of experience, from designing computers, to programming and developing languages and tools, to embedded systems, he firmly believes the future for the next generation lies in a multidisciplinary engineering education. “Today, we are designing self-driving cars, robotic surgeons, smart homes," said Gajski. "These require a lot of engineering knowledge such as mechanical engineering, computer system design, communications and programming, but the future is in hybrid and embedded systems, so a degree from the school of engineering will give students an excellent background.” 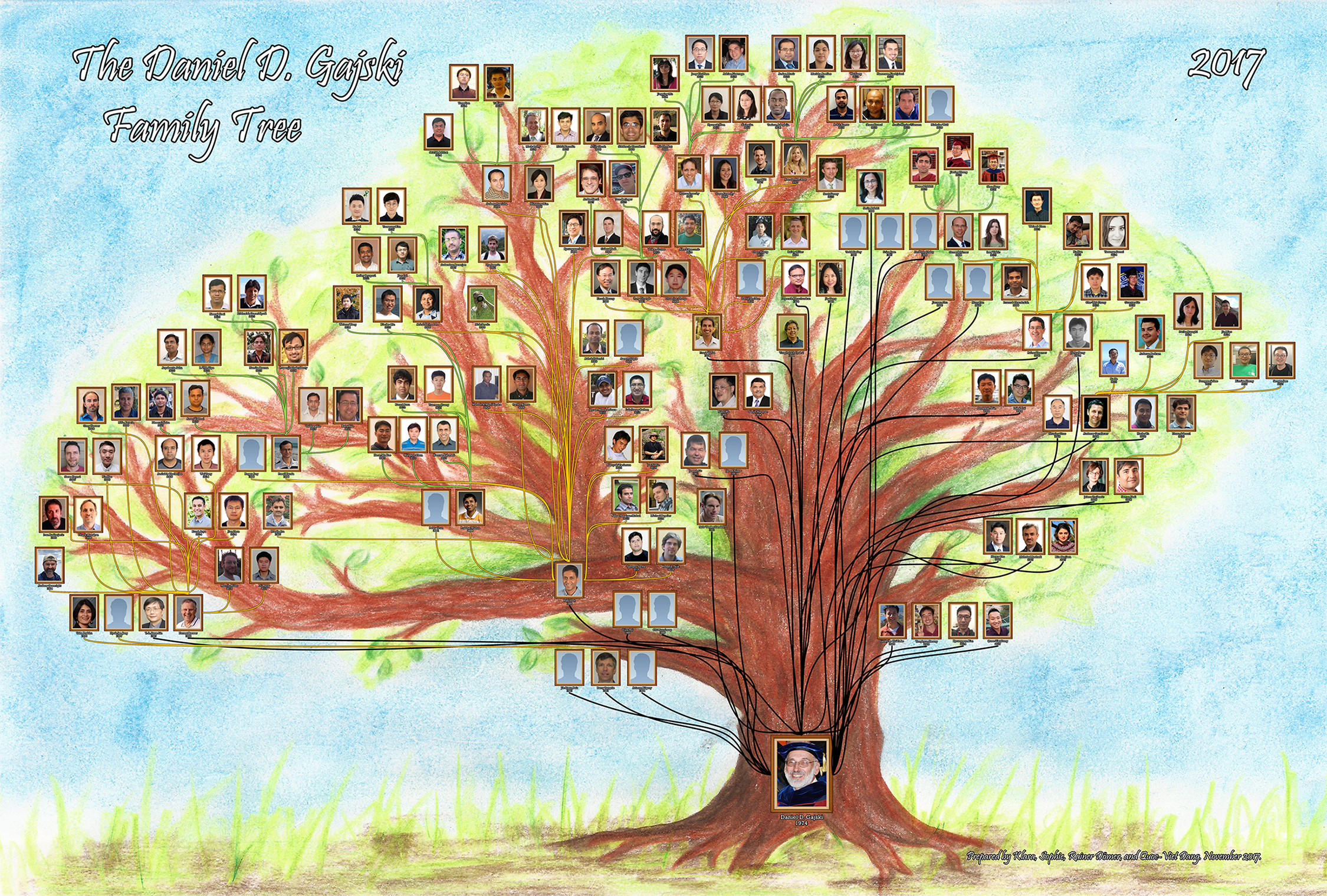