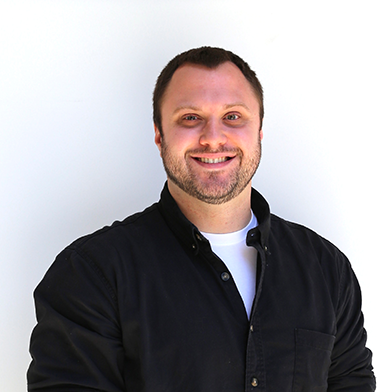 Oct. 7, 2019 - Three years ago, Tim Rupert won a grant from the U.S. Army Research Office.* The $359,000 Young Investigator award funded research into the next-generation structural materials that Rupert, then an assistant professor, was developing.

Rupert had already had preliminary success with his efforts to engineer better metallic materials at the nanoscale level, and the funding provided an opportunity for him to scale up beyond the proof-of-concept stage and try to synthesize nanostructured materials in bulk form.

Fast forward to today. Rupert’s three-year YIP project is nearing completion, and his team has accomplished all of the major goals set out in the project’s proposal. Those include developing nanocrystalline materials with high strength and ductility that have both enhanced mechanical properties and thermal stability. And he figured out how to manufacture them in bulk form, something that had not previously been accomplished. His team has already published eight papers on this topic in materials science and engineering journals and has three more in submission, as well as a patent application in process.

Rupert, now an associate professor of materials science and engineering, is understandably proud of his progress. “In these Young Investigator programs, you have to pitch a pretty ambitious proposal,” he said. “Often you only get about halfway to whatever your goals for a project are, because you’re trying to aim so high. But we really accomplished all of our major goals and made significant advances in the field of nanocrystalline materials. It was cool to be able to hit these milestones because they were big goals, and I am proud of my team.”

His most recent work grew out of an earlier project, also funded by the Army and published in Nature Communications. That work involved solving the longstanding tradeoff between strength and ductility (the ability of a material to deform under stress without breaking) by using a copper zirconium alloy. “And then we used that same concept in this new grant to solve the other remaining issue: can you stabilize the very small grains during the processing steps to be able to make these materials in bulk?” Rupert explained.

He proved you could. Using traditional pressing methods, he succeeded in making samples around 1-inch square, and demonstrated how easily the process can be scaled up. “An inch doesn’t seem like a huge piece at first,” he said, “but compare it to a micron, which is the scale where many nanomaterials top out, and it’s 25,000 times larger. And it turns out that once you can make something this big, you can make it as big as you want.” Just like other materials, these samples can be constructed in large blocks and then machined, thinned or sliced. “Making pieces in bulk form like this opens the way for nanocrystalline materials to be used in many applications,” Rupert said.

The key to the team’s accomplishment lies in the grain boundaries, the area where a material’s crystals meet. Rupert controls these boundaries by adding carefully selected elements to the interfaces between their crystals to improve strength, ductility and other properties. Because nanocrystals are so much smaller than standard crystals, they offer far more grain boundaries – and therefore infinitely more interfaces – that can ultimately change their behavior. When the right alloying elements are added, these boundaries can make the material more stable at higher temperatures, a previously impossible feat.

Historically, there has been a tradeoff between the material’s grain size, which determines its strength, and its density. Nanocrystalline materials have been made with small grain sizes, but there were always lots of pores remaining throughout the block where the material could break. The reverse was also true; you could make fully dense pieces but the nanostructure was lost in the process, and the material lost the strength that those nanostructures provide.

To make the transition from small samples to bulk, Rupert and his team used amorphous intergranular films, a specific type of grain boundary structure that forms as a result of the alloying elements they add and the way the material is heat treated. These grain boundary complexions have uniform thickness and adorn many of the interfaces within the material. Controlling a material’s grain boundaries in this way allows for important advantages. “The material is stronger and tougher. And when it does deform, it absorbs energy. Those features give you a material that is very difficult to destroy, which is a positive feature when making engineering structures and devices,” Rupert said.

In this particular research, Rupert added zirconium to the copper in a process known as doping. “We had done some earlier work that showed this was a promising alloy for demonstrating the concept,” Rupert said. “But the concept is very transferrable and we’ve shown it can be applied to other types of base materials, such as nickel- and iron-rich metallic alloys.”

“Nanocrystalline alloys are promising candidates for the next generation of advanced structural materials that can be used in future Army equipment; however, they are brittle and hard to scale,” said Michael Bakas, synthesis and processing program manager at the Army Research Office. “Professor Rupert's work has made key strides overcoming both of these challenges, identifying the means by which ductility can be introduced into these alloys, and developing plausible methods for their bulk fabrication.”

Rupert is currently experimenting with new doping elements that would allow these amorphous complexions to form at even lower temperatures. This would help reduce the cost associated with materials processing and increase energy efficiency. “If you have to spend a million dollars in energy and capital equipment to make a piece of material, nobody will care about using it,” Rupert said. “Being efficient, being cost-effective is really an important part of being useful.”

Rupert has submitted a patent application for his newest discovery. “What is exciting is that the idea is cool scientifically but it also solves practical problems,” he said. “We were able to make the material strong and ductile by being creative in our processing steps, and we were able to make it in bulk. We think this will actually let people use these materials in the near future.”

He added his gratitude for those who supported the work. “My team and I truly appreciate the continued support from the Army Research Office and Dr. Michael Bakas, as they have supported our ambitious ideas and really enabled all of our research successes.”