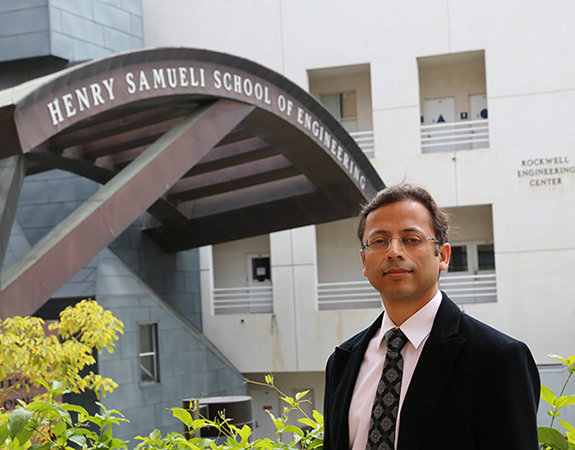 Dec. 6, 2018 – Syed Ali Jafar, Samueli School professor of electrical engineering and computer science, has been acknowledged – for the fifth consecutive year – as among the world’s most influential scientific minds, according to the 2018 Highly Cited Researchers list published by Clarivate Analytics. The annual list includes preeminent researchers from around the world in 21 fields of the sciences and social sciences, as well as researchers who were recognized for cross-field impact, all of whom have demonstrated great influence as measured by citations to their work.

The 6,000 researchers on this year’s list have distinguished themselves by publishing a large number of papers that rank in the top 1 percent by citations for field and year in Clarivate’s Web of Science. This consistent production of highly cited work indicates these papers repeatedly have been judged by their peers to be of notable significance.  For the 2018 Highly Cited Researchers analysis, the papers surveyed were those published and cited during 2006-2016.

Jafar, who joined the Samueli School in 2004, was the only Samueli School faculty member and one of 10 across UCI who made this year’s list. Jafar analyzes the capacity of wireless communication networks, and is best known for his influential work on the idea known as interference alignment. This concept demonstrates how a resource such as network bandwidth can be shared among competing users so that each user gets half of the total bandwidth free from interference from others.

"It is very satisfying to know that our work is being widely followed and that it is making an impact," Jafar says. "I like to constantly remind my Ph.D. students to aim high, not to be tempted by the low-hanging fruit of incremental advances, but to pursue important discoveries that truly expand the frontiers of our knowledge."