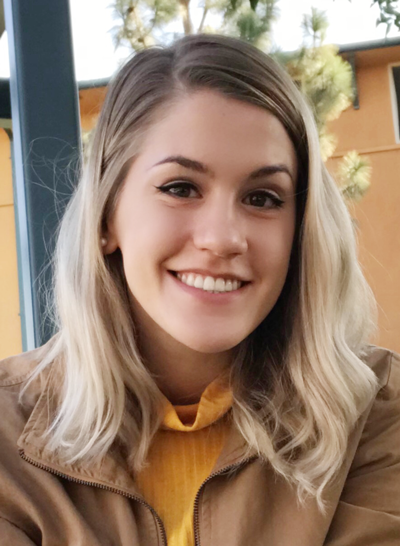 Nov. 21, 2018 - Biomedical engineering graduate student Courtney Carlson has won a two-year fellowship from the American Heart Association. Carlson, a second-year doctoral student, will receive $53,000 from the AHA in support of her research project.

Working in the lab of Assistant Professor Chang Liu, Carlson’s research focuses on developing cells that can record their own developmental history in their DNA, and then optimizing those cells to study congenital heart disease.

Carlson explains that in most cases, non-genetic factors (i.e. environmental conditions) are believed to be the underlying cause of congenital heart disease. However, the precise mechanisms leading to this developmental disorder are difficult to study because there is a lack of technologies that can continuously track the microenvironmental cues acting on individual cells in a developing heart. Carlson’s plan is to engineer mammalian cells that will be able to “remember” the intensity or duration of an environmental stimulus they’ve been exposed to throughout development.

“I will fine-tune these cells to measure hypoxia, an environmental factor that is known to play a key role in coordinating the behaviors of individual cells in a developing heart. After optimizing my technology to accurately record hypoxia in cell cultures, I envision using it in an animal model,” Carlson says. “This will uncover connections between the behaviors of individual cells and the levels of hypoxia that orchestrate healthy or unhealthy development.”