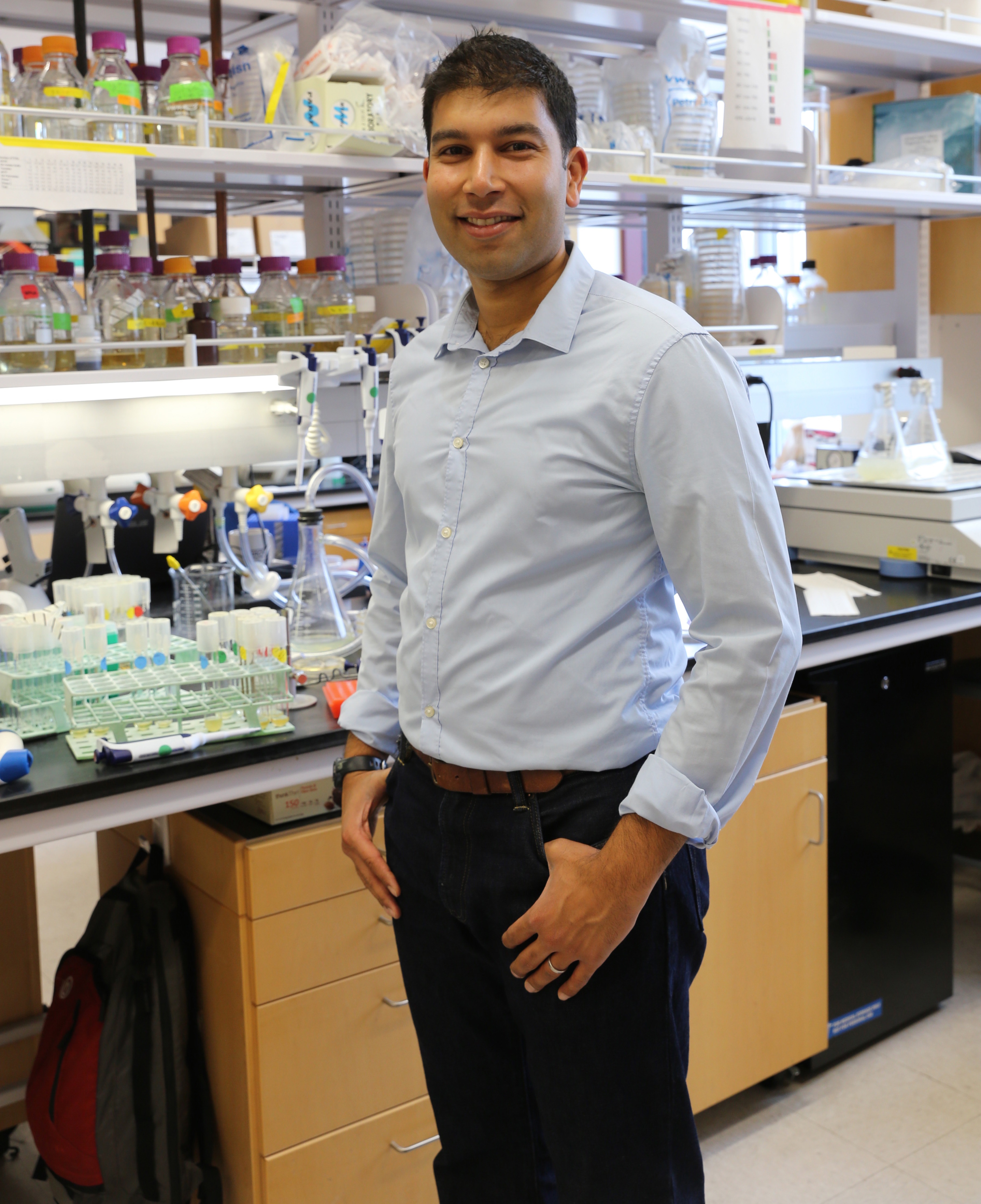 June 10, 2016 - Postdoctoral scholar Rishi Jajoo is re-engineering the mitochondrial genetic code to produce new proteins with functions not found in nature. The Jane Coffin Childs (JCC) Memorial Fund for Medical Research awarded Jajoo a three-year postdoctoral fellowship in recognition of this promising research. The JCC offers highly qualified scientists the opportunity to pursue research into the causes and origins of cancer.

"This support will give me the intellectual freedom to push the boundaries of my research and pursue my own ideas,” said Jajoo, who came to UC Irvine last year from Harvard Medical School, where he earned his doctorate in systems biology. He works in the lab of UCI biomedical engineering Assistant Professor Chang Liu.

With very few exceptions, all life uses a specific set of 20 amino acid building blocks to produce proteins that do the work of the cell. Jajoo has proposed using the mitochondria to make new proteins from an expanded (more than the usual 20) set of amino acids, drawing on those synthesized in the lab. He is also planning to speed the evolution of mitochondrial DNA to allow evolution to draw on that increased number of building blocks to produce new proteins that could be used as novel therapeutics, or for fuels or biomaterials.

Since its founding in 1937, the JCC fund has taken a broad approach to the study of cell growth and development, emphasizing the study of the basic biology and chemistry of the underlying processes. Fellows are selected by its Board of Scientific Advisers from among the best young scientists at what is often a critical stage in their careers. To date, there have been over 1,500 Jane Coffin Childs Fellows doing basic cancer-related research in laboratories in North America, Europe, Japan and Australia.