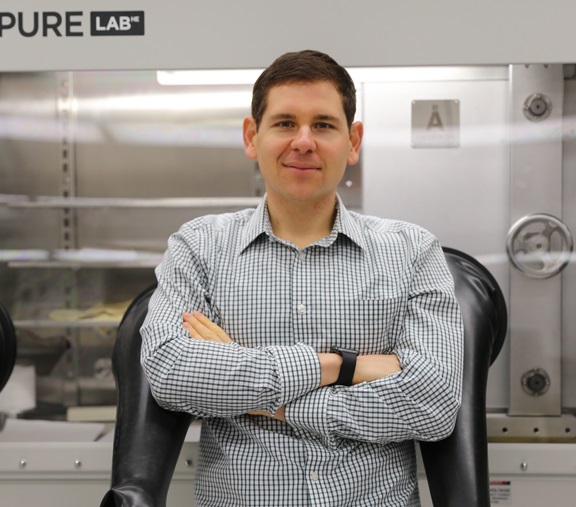 Feb. 22, 2016 - Alon Gorodetsky has been selected for a Presidential Early Career Award in recognition of his pursuit of innovative research at the frontiers of science and technology.

The UC Irvine assistant professor of chemical engineering and materials science is one of 105 recipients of the award, the highest honor bestowed by the U.S. Government on science and engineering professionals in the early stages of their careers. Gorodetsky’s recognition comes with a $1 million award from the Air Force Office of Scientific Research.

Gorodetsky’s research involves understanding and emulating the adaptive properties of squid skin. Funded by the Department of Defense and the Department of Energy, he has developed novel bio-inspired materials, including infrared stealth camouflage coatings for military applications and bioelectronic devices for interfacing with living systems, as well as a new type of fabric that lets wearers regulate their own body temperature.

“I am humbled by this honor and very excited about the award,” says Gorodetsky. “The money will let my group take some of its work in exciting and risky new directions.”

The awards, established by President Clinton in 1996, are coordinated by the Office of Science and Technology Policy within the Executive Office of the President.