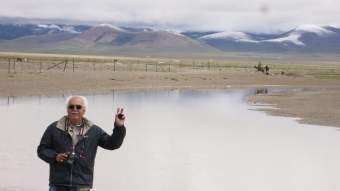 December 2014 - UC Irvine Distinguished Professor Soroosh Sorooshian spent three weeks in China this past summer as an Einstein Professor of the Chinese Academy of Sciences (CAS).

An internationally recognized expert in water resources engineering, Sorooshian is the director of the Samueli School of Engineering’s Center for Hydrometeorology & Remote Sensing (CHRS) and a member of the National Academy of Engineering. He was one of 20 international scientists from different disciplinary fields to be awarded a 2014 CAS Einstein Professorship, which are awarded annually to distinguished scientists actively working at the frontiers of science and technology.

After arriving in Beijing, Sorooshian traveled to Lanzhou to attend an award ceremony and two-day symposium held in his honor. “Some of my former students who are now professors in China were also invited speakers at the conference,” says So 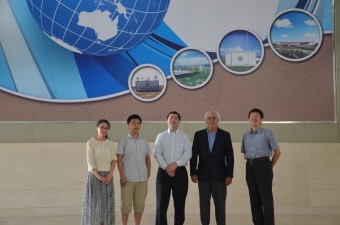 rooshian, who visited six cities and delivered seven lectures about hydro-climatic changes and impact on water resources at various institutions around China.

UCI professors Xiaogang Gao and Kuo-lin Hsu, both who work with Sorooshian in the CHRS, spoke at the conference and accompanied him on the trip. They visited hydrologic research field sites and historic places in Western China and a Water Resources Department in a South China province that is responsible for supplying water to more than 40 million people. Sorooshian met with the agency director and staff and gave a talk to the 100-plus technical staff. They also attended a symposium hosted by Sun Yatsen University in Guangzhou, and visited Shanghai, hosted by Shanghai Normal University.

The trip’s highlight was four days in Tibet where Sorooshian visited a number of CAS observation and field sites devoted to the study of the Tibetan Plateau’s impact on climate. One such site was a monitoring station at Lake Namtso, nearly 15,500 feet above sea level. “The experience of visiting Tibet – its landscape, people and their way of life and the city of Lha 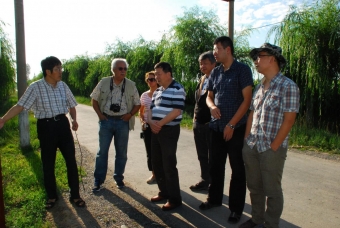 sa, one of the highest in the world – was remarkable.”

The trip within China was arranged and organized by Professor Xin Li, director of the CAS’ Cold and Arid Regions Environmental and Engineering Research Institute.