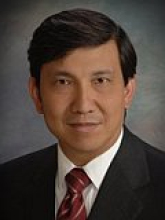 Abstract: In the past two decades, meshfree methods have emerged into a new class of computational methods with considerable success. For instance, the need for high-order quadrature and background grid has been circumvented, making it possible to eliminate the need for a mesh entirely. Meshfree collocation methods have undergone significant development, which also offer a truly meshfree solution. Meshfree methods such as the Reproducing Kernel Particle Method (RKPM) offer arbitrary orders of continuities/discontinuities and locality in  approximation while allowing straightforward model refinement and physics-specific solution enrichment. These unique properties have expanded the horizon of computational mechanics and scientific computing applications well beyond what the mesh-based computational methods can offer such as modeling of man-made and natural disasters. A recent effort finds its new application in pixel-based data-driven computing, where the employment of smooth interpolants in an unstructured discretization can be utilized to reconstruct the local data manifold in a convex hull based on nearest neighbor material points to yield a better conditioned reduced-dimension data-driven optimization system for enhanced accuracy and robustness against noise and outliers in data sets. A data-driven simulation of various nonlinear materials under finite deformation will be demonstrated.