MSE 298 Seminar (Zoom): The Importance of Water in Dry Friction 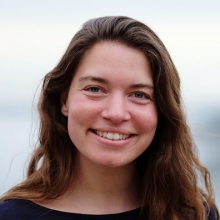 Abstract: Since its accidental discovery in 1938, polytetrafluoroethylene (PTFE) has been revered for its exceptionally low friction and resistance to chemical attack, yet rejected from many engineering applications due to its notoriously high wear rate (about 7 x 10-4 mm3/Nm). While fillers of virtually any form (particulate, fibrous, etc.) improved its wear resistance by one or two orders of magnitude, the inclusion of an α-phase alumina reported in 2006 resulted in a remarkable 4-orders-of-magnitude reduction in wear rate. The formation of a thin, stable, polymeric transfer film is largely believed to be a critical step towards attaining ultralow wear in sliding against metal countersurfaces, although the precise mechanochemical mechanisms of transfer film formation have only recently been explored. In this study, spectroscopic analyses of PTFE/ α-alumina composite transfer films in several stages of development revealed that PTFE chain scission events due to mechanical stresses during sliding, in the presence of water and oxygen in ambient conditions, create carboxylic acid end groups which chelate to both the surface of the α-alumina filler and the exposed metal countersurface and nucleate the formation of a transfer film. These reactions produce a thin and stable polymer-on-polymer sliding system that, after an initial run-in period, can endure millions of sliding cycles with virtually no polymer composite wear. Current research efforts are focused on developing sustainable routes for solid lubricant design, including injection moldable and recyclable ultralow wear composites.

Bio: Angela Pitenis is an assistant professor of the materials department at UC Santa Barbara. She serves on the Diversity, Equity, and Inclusion committees of the materials department and the College of Engineering, and on UC Santa Barbara’s NSF Aspire Alliance IChange Network. Her research efforts are focused on understanding the fundamental origins of friction, lubrication, wear (volume loss), materials deformation and adhesion of complex surfaces ranging from polymer nanocomposites to soft biological gels in environments spanning ultrahigh vacuum to the human body. Her research group investigates the mechanical, chemical, material and biological interactions responsible for tribological phenomena via experimental methods, which couple state-of-the-art surface characterization techniques with in situ and ex situ materials tribology experiments, and are supported by mechanics- and physics-based analytical approaches.