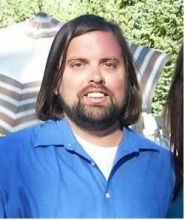 ZOOM Link will be distributed by the CEE Department
Matthew Johnson, Ph.D.

Abstract:  Human-induced emissions of carbon dioxide (CO2) have increased over the last century and are directly linked to global warming. In addition to these emissions from the burning of fossil fuels, natural sources (e.g., terrestrial biosphere, volcanoes) play a significant role in the global carbon budget. As biosphere-atmosphere exchange is one of the largest sources of uncertainty in the overall carbon budget, it is important that we better understand the global sources and sinks of biospheric CO2. Another highly uncertain, yet smaller, source of CO2 comes from volcanoes. A major limitation for estimating CO2 fluxes from these two sources has historically been the scarcity of in situ measurements. However, to alleviate this issue, NASA’s Orbiting Carbon Observatory 2 (OCO-2) satellite was launched in 2014 with the goal to improve our fundamental understanding about the regional exchange of CO2 between the terrestrial biosphere and atmosphere. In addition to estimating biospheric CO2 fluxes, it has been demonstrated that the OCO-2 data can be applied to derive fluxes from large point sources. This presentation focuses on studies conducted at NASA Ames Research Center, which applied OCO-2 retrievals in top-down models to estimate biospheric sources and sinks and volcanic emissions of CO2. The new insights gained from using OCO-2 data, and inherent challenges associated with its application, will be discussed.

Two main discoveries from these studies will be highlighted. The first important finding from assimilating OCO-2 observations was the constraint imposed on the seasonal cycle of Net Biome Exchange (NBE; Net Ecosystem Exchange (NEE) + fire emission) fluxes in South Asia. The amplitude of the seasonal cycle of South Asian NEE estimated by assimilating OCO-2 was found to be larger and have a phase-shift compared to previous estimates for this region. The OCO-2 inversion led to an NBE seasonal amplitude of 4.1 PgC yr-1, which is larger compared to the prior model (1.4 PgC yr-1), in situ constrained (2.2 PgC yr-1), and the MsTMIP model ensemble (1.9 PgC yr-1) estimates. The second finding was, for the first time, that satellite CO2 data could be used far downwind (~200 km) from a major volcanic eruption to estimate emissions. During the 2018 Kiluea eruption, OCO-2 data was applied to estimate a CO2 emission rate of 77.1 ± 49.6 kt day-1. The majority of the uncertainty in this estimate is attributed to model winds and retrieval uncertainty (e.g., aerosol, clouds, etc.).

Bio: Matthew Johnson is a research scientist in the Earth Science Division at NASA Ames Research Center. Prior to joining NASA Ames, he received his doctorate in 2012 from North Carolina State University where he studied atmospheric sciences. His dissertation focused on global modeling of mineral dust aerosol transport, chemistry and deposition. Johnson also earned his master's degree in atmospheric sciences and bachelor's degree in meteorology from North Carolina State University. His current research focuses on the application of satellite- and ground-based remote sensing, in situ measurements and chemical transport models to evaluate processes impacting climate and air quality.