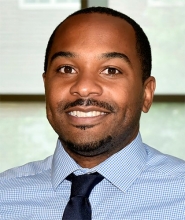 Zoom link to be distributed by CBE department (For non-UCI persons: see link below to register )
Gregg A. Duncan, Ph.D.

Abstract: Lung airway mucus is the first line of defense against inhaled infectious materials. A breakdown in lung mucus barrier function can lead to increased infections by respiratory viruses, such as influenza, rhinovirus and coronaviruses, as they are not effectively removed from the airway. For these seasonal and emerging human viral pathogens, it is important to understand the mechanisms through which viral particles avoid adhesion to the mucus barrier and transport to the underlying epithelium to cause infection. To examine this, we measured influenza A virus and nanoparticle diffusion in mucus from human donors using high-speed fluorescent video microscopy and multiple particle tracking. Through these measurements, we can directly determine binding affinity and mode of adhesion for influenza A and other respiratory viruses in 3D human mucus matrices. In addition, we use synthetic mucus to demonstrate how healthy and diseased-like properties influence viral particle adhesion and provide new evidence that may explain enhanced susceptibility to infection in individuals with underlying disease.

Bio: Gregg Duncan earned his doctorate in chemical engineering under the guidance of Michael Bevan at Johns Hopkins University and postdoctoral training at Johns Hopkins School of Medicine in the Center for Nanomedicine directed by Justin Hanes. Duncan was appointed as an assistant professor in the Fischell Department of Bioengineering at the University of Maryland in 2017. His lab’s research is focused on using nanotechnology and bioengineering as tools to broaden understanding of the lung airway microenvironment with the ultimate goal of developing new and/or improved treatments and diagnostics. Duncan is the recipient of several honors and awards including the Burroughs Wellcome Fund Career Award at the Scientific Interface, ORAU Ralph E. Powe Jr. Faculty Enhancement Award, American Lung Association Innovation Award and BMES-CMBE Rising Star Award.